Cabinet has approved a proposal to borrow USD 178 million (Shs 657bn) from the Industrial and Commercial Bank of China to finance the development of industrial parks as well as power transmission line in select industrial parks.

The proposal was approved during a Cabinet meeting held at State House Entebbe o Monday.

While addressing reporters on Tuesday on the Cabinet resolutions, Denis Katungi, the Acting Executive Director of Uganda Media Centre said the loan will enable government provide adequate capacity to supply the industrial developments in the gazetted industrial parks of Wobulenzi, Kaweweta, Luwero, Kapeeka, Mbale and Sukulu areas in the medium to long term.

The project also seeks to improve power supply quality, reliability and security in the area to facilitate industrial activity growth and rural electrification in the area.

Uganda Investment Authority (UIA) was given a mandate to establish 22 Industrial and Business parks throughout the Country to create jobs and add value to locally available raw materials.

So far, the already established industrial parks include the one in: Namanve, Luzira, Bweyogerere, Jinja, Kasese, Soroti and Mbale, Karamoja, Mbarara.

In his letter written in February 2007, President Yoweri Museveni highlighted that in Point No.5 of the NRM 10-point programme stated: “Building an integrated, independent and self-sustaining economy”.

Before, the country was still exporting 4 million bags of coffee unprocessed coffee, 200,000 bales of unprocessed cotton, still importing processed juice from South Africa and 10 million metric tonnes of bananas just being consumed and 40% of this would just rot away. 80,000 litres of milk were being poured away on a daily basis.

They were to get an area of say 500 acres of land and make access roads (tarmac), provide electricity and water and parcel the land into plots of about 5 acres of land for each anticipated factory.

These factories have to be compatible – where food factories should not be mixed with clothing factories.

He proposed a regional distribution of industries basing on the resources available within these regions.

Many of the industries that were proposed by the President are all natural resource based. There are, in addition those industries based on human skills such as engineering industries (metal fabrication, machine parts making, electronics, etc.) and the potentially big, outsourcing industry using the internet.

These factories would be built by the private sector solicited, encouraged and assisted by the Government – Ministry of Finance and Uganda Investment Authority. (UIA).

President Museveni says that government has invested in transport infrastructure and energy (electricity) which will reduce the cost of doing business for the manufacturers. Government, he said is now working to reduce the cost of credit, for those in manufacturing, by capitalizing Uganda Development Bank.

In November last year, Museveni pledged to the Indians in Uganda, most of whom are engaged in trade, that government is “doing everything to ensure there is a conducive business environment”.

Museveni pointed out the issue of electricity which he said government is working to make more affordable and sufficient.

“We now insist that whatever form of electricity we produce must not exceed eight American cents per unit”.

He added that with the ongoing heavy investment in road infrastructure by government, it will become more convenient for the business community to move their goods. 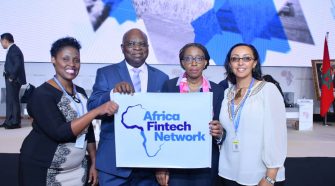