The Minister of Finance and the Chairman of the Departed Asians Property Custodian Board, Matia Kasaija has revealed that government will cancel land titles of all illegally repossessed departed Asians’ properties.

The Minister made the commitment while appearing before the Parliament committee on Commissions, Statutory Authorities and State Enterprises (COSASE), that is currently undertaking a probe into allegations that some government officials have since fraudulently taken over some properties.

Kasaija told the committee members that after the expulsion of Asians in 1971, government of Uganda undertook to compensate the victims through three avenues – the British High Commission, the government of India and the UNHCR since some ended up as refugees in Canada.

The Minister said that as such, government undertook to issue repossession certificates to those Asians that had returned sometime after.

However, it has come to the knowledge of Parliament that some of the people that were compensated were later issued repossession certificates and some have ended up selling the properties.

“I commit myself, anybody who fraudulently repossessed the property, we shall claim it back as a country; anybody who purchased a property through no legal means, we shall recommend for the cancellation of the title,” Kasaija said.

“I didn’t superintend over repossession when I was ED, it has however been my concern and I kept on seeking access to the list of those people that were compensated from Bank of Uganda. Like plot 3 Kampala road, it had been compensated but later on only to here that the property had been repossessed,” Kasaija noted.

The Minister was also tasked to explain when he last published an updated list of the said properties in the gazette as it is required by law.

Among the functions of the board in relation to keeping records and the register of the assets, the Minister is mandated by section 2 to from time to time publish the properties in the gazette.

“Do you have the entire register and record of the properties, those that have been acted upon in all manners including; disposing of or redeeming,” asked Kampala Central MP, Mohammed Nsereko.

He added, “There is a record of properties that were expropriated, those disposed of and those that the Ministry has chosen to keep but publishing in the gazette, that I didn’t know but now that I know, I will do it.” 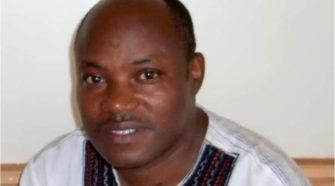