Government is in plans to set aside a special Fund that will support programs geared at sensitizing populations living near national parks on conserving wildlife, particularly lions.

The Fund will also help to compensate families that might be victims of the wildlife-human conflict especially those that lose their property to wild animals.

The initiative which is still in the pipeline comes weeks after near a dozen lions were killed in the Hamukungu village in Queen Elizabeth national park. The lions are reported to have been poisoned to death by a pastoralist whose cows had been killed by the predators.

Now, State Minister for Tourism, Godfrey Kiwanda has revealed to SoftPower News that it is for this reason that government is in final preparations to establish a special Fund for the conservation of lions.

“We managed to deal with the elephants by digging trenches and in some instances installed fences, but since lions are flexible animals, they just jump over fences with little or no control at all,” the Minister told this website.

He added: “The dwindling number of lions and their low production rate is a threat for us as an entity. We need to jealously protect all these animals for future generations and to boost our tourism industry”.

Currently, there is only an estimated 89 lions in Queen Elizabeth national park while Lake Mburo has only one lion left after 8 of them were killed some time ago under circumstances similar to those in Hamukungu recently.

Uganda Wildlife Authority (UWA) says Uganda currently has about 400 lions having dropped from about 1,000 in 1990.

According to Kiwanda, the issue of conserving wildlife was part of the discussion between President Yoweri Museveni and the Prince of England during the President’s recent trip to U.K where he was attending CHOGM.

The death of the eleven lions sparked outrage from conservationists within Uganda and worldover saying the action was a big blow to Uganda’s tourism.

It has also provoked a debate on whether government initiatives to share revenue generated from the tourism sector have yielded the desired results.

While government through UWA gives back 20% of the annual park gate collections to the communities neighboring the park under the revenue sharing schemes, some say this has not resulted into the desired results.

Uganda boasts of a diverse and significant number of wildlife, some of which include rare species like mountain gorillas but conservationists say that the numbers of the big cats; lions, leopards, spotted hyenas and cheetahs is shrinking. 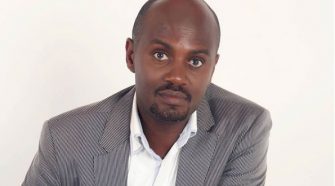