Government has revealed plans to introduce a national ambulance system which will streamline services provided by ambulances to patients with medical emergencies.

This was announced by Dr Henry Mwebesa, the Director General of Health Services in the Ministry of Health during a media breakfast on Monday.

“We are developing a National Ambulance Services System through the national ambulance policy. Going forward, we are no longer going to have ambulances stationed at hospitals,” Dr Mwebesa said.

He said that an agency independent of the health facilities will provide these services, which is contrary to what is currently happening.

The issue of ambulance services has been one of the sticky issues affecting the medical referral system as many patients especially those in rural areas do not easily access ambulances. There are only few health facilities (at the level of Health Centre 4) with ambulances.

“We are going to develop an ambulance system across the country where the ambulance is organized and is coordinated by a body. It will be a different Authority based at a district or regional level,” the Director General of Health Services told the press.

He explained that under the planned system, the ambulance service will receive calls from the patients or health facilities and then pick them, transport them to facilities that it deems relevant based on the information provided by the caller.

“A patient calls the ambulance, they ask you questions on the condition of the patient and they dispatch the ambulance”.

“By that time, they will have known where to take the patient. As they send the ambulance to pick you, they are also alerting the hospital where you will be referred,” he added.

He said the systems will help better manage the ambulances and eliminate cases where ambulances are being misused.

Dr Henry Mwebesa said that the initial cost to roll out this new ambulance system is US$ 12 million (Shs 45bn). This amount will go towards procuring ambulances, train paramedics and drivers.

This system will be implemented in phases beginning with the next financial year, 2019/20 and the entire process will take four years, Mwebesa added. The services will be coordinated centrally by the Central Coordination Unit.

In order to switch to the new system, government plans to recall all the ambulances stationed in the various health facilities across the country, including those that were donated by individuals and organizations.

“We shall first pull all ambulances which are public, into this system before we can buy other ambulances. We also have ambulances bought by our politicians, they will also have to be placed under this system because they need to be coordinated,” he said.

Those unwilling to work under the new arrangement will be barred from providing further ambulance services.

Currently, there are several private entities such as AAR, City Ambulance, St John Ambulance and Ambulance Africa among others offering emergency evacuations. Mwebesa said that these will either continue to give their private services since they largely cater for the economically well off Ugandans, or choose to be part of the national ambulance system.

“We are trying to discuss with private ambulances to see if they can join the national ambulance system. But we are not going go force them.

However, the biggest concern for ambulances and their role during emergencies has been the cost. Under the current system, the patient who is due for referral from one facility to another or needs an ambulance for transport has to foot the bills for the fuel.

The Permanent Secretary in the Ministry of Health, Dr Diana Atwine told SoftPower News that government is still working on modalities within the national ambulance policy regarding how it will be financed.

“Once the policy is out, it will clarify the modalities of payment, maybe government will pool the resources. It is still in the discussion phase and we are looking at the different options,” Dr Atwine said on Monday.

“Once the policy is out, it will give us a clear way how we are going to finance the ambulance operations,” she said. 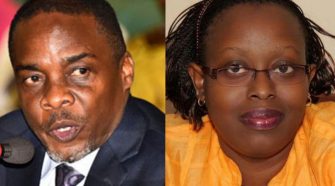 Attorney General: We Hope Probe into Sexual Harassment Claims is Concluded in a Month