Government together with the United Nations Development Program (UNDP) and other development partners have launched the national roadmap that will guide implementation of Sustainable Development Goals (SDGs).

Uganda is among the 193 countries world over which in September 2015 adopted the SDGs committing itself to the 2030 development agenda. The agenda contains 17 SDGs and 169 targets aimed to eradicate poverty and finish the unfinished business of the Millennium Development Goals (MDGs) which ended in 2015.

In Uganda, the 2030 agenda is incorporated within the Second National Development Plan (NDP II) under the national vision 2040. The SGDs will be implemented under the National SDG Coordination Framework which spells out clear mandates for planning, reporting, monitoring, resource mobilization, advocacy among others.

The roadmap is aimed at creating an enabling environment for delivering on SDGs in Uganda and stipulating priority actions needed until 2019/20 when NDP II ends.

In his remarks during the launch, the Prime Minister Rugunda said that Uganda has made strides in line with realizing the SDGs citing access to education (SDG 4) which has been expanded. He however admitted that more needs to be done in improving quality and standards.

“I note that various sectors, MDAs and sectors are yet to fully align their plans and budgets to the SDGs. This is key to the process of domesticating the goals in our work,” said Rugunda.

It is also key for effective coordination, mapping of interventions and tracking of progress and implementation, and thus must be a key priority for each government sector, Rugunda urged.

He stressed the need for real actions in realizing the 2030 agenda, not just pronouncing high sounding statements or declarations.

“All stakeholders should mobilize resources required to enable the implementation of this program. The value of this roadmap is in its implementation. Our people would like us to walk the talk. Our work is clearly cut out,” he told delegates.

Rosa Malango, the UNDP Representative in Uganda called for the involvement of local governments as critical actors in the implementation of SDGs.

“The agenda requires involvement of all actors including frotline service providers such as local governments. They are catalysts of change because they work directly with local communities,” she said.

Despite Tuesday’s launch of the roadmap, implementing agencies still need to bridge a Shs 5.4 bn funding gap which according to the financing strategy is meant to be financed by government, development partners, civil society and the private sector.

Dr Tonny Muhumuza, who is National Economist and Team Leader for Strategy and Policy Advice Unit at UNDP told SoftPower News that there are ongoing efforts to reach out to various potential financiers of SDG related activities.

On the part of government, he said, Ministry of Finance which heads the technical working group on financing under the National SDG Coordination Framework will ensure resources needed by government entities are earmarked.

A recent report by the UN Sustainable Development Solutions Network under the SDG index ranking country performance on the 2030 Agenda placed Uganda in 125th place out of 156 countries.

The same report put Uganda’s SDG index at 54.9, higher than the Sub-saharan African regional average of 32.8.

The launch was attended by Ministers, government officials, Patrick Bitature, the Chairman of Private Sector Foundation Uganda, Patricia Munabi who represented the civil society among others. 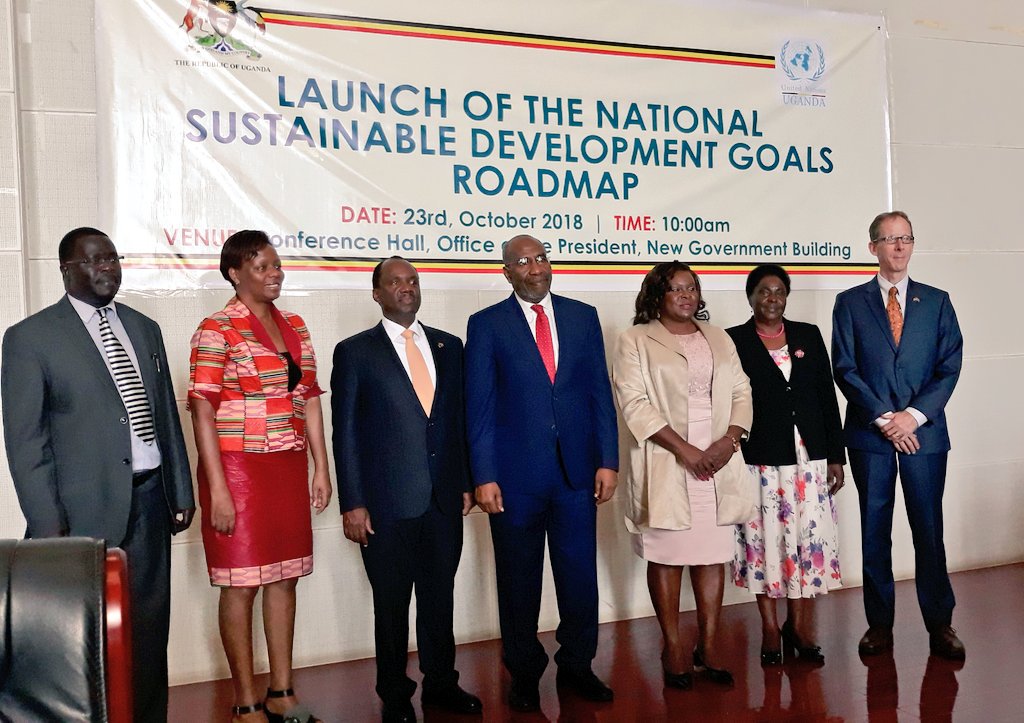