Government through the Attorney General, William Byaruhanga has highlighted a number of reservations with the Succession Amendment Bill 2018, a private member’s bill that is being processed by the committee on Legal and Parliamentary Affairs.

The Bill that was moved by Mbarara Woman MP, Kajungu Mutambi aims at amending the Succession Act, Cap. 162 to bring it into conformity with the Constitution of the Republic of Uganda and internationally accepted human rights standards and provide for gender equality in accordance with Articles 21 and 33 of the Constitution.

The bill’s other objectives are; to clearly provide for the protection of principal residential property for the benefit of the surviving spouse and lineal dependants and to revise the percentages of distribution of the estate of an intestate.

It will provide for the appointment of a guardian for a child by either parent, powers and duties of guardians and for the lapse of probate or letters of administration as well as to enhance certain offences and penalties.

Byaruhanga told the committee members that despite the private members bill being before the committee, cabinet had listed the bill among those that it intends to present before Parliament.

The Attorney General said the Succession Act cannot be looked at in isolation.

He noted that the bill prepared by government not only seeks to amend the Cap 162 of the Succession Act but also seeks to touch the Administrator General’s Act, Cap 157, the Estates of Missing Persons (Management) Act, Cap 159, the Administration of Estates (small Estates) Act, Cap 156 and the Probate Resealing Act, Cap 160.

Among the amendments contested by government is the replacement of section 27 of the principal act as regards to the distribution of property on the death of an intestate (person who left no will).

The bill provides that in such a case, the bill suggests that estate of an intestate, except his or her principal residential property, shall be divided among the different classes which such as the spouse, dependants and lineal descendants or children.

As such, Byaruhanga advised the private member to consider withdrawing the bill but work hand in hand with government that has prepared a comprehensive bill that it seeks to present to Parliament soon. 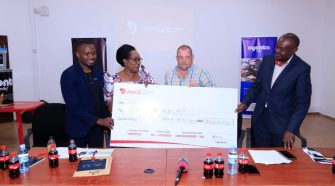