Former ethics Minister Nsaba Buturo has said that pornography is a crisis that threatens Uganda’s value system if it is not addressed urgently. The ex Bufumbira East Member of Parliament said that for long, the issue of pornography has been neglected by the relevant authorities in government due to what he called “timidity” and “greed”. He was speaking during a stakeholder engagement organized by the recently appointed Pornography Control Committee at Hotel Africana on Monday.

“Our country is in trouble because pornography is a crisis in the making which will destroy our society. Unfortunately, it hasn’t attracted sufficient attention,” Buturo stated in a presentation.

“Government began to see the danger in Pornography back in 2000 but there has been total silence. The few voices that were against it have been timid, incapable of salvaging our values. They have been compromised by donor aid from the Western World,” he added.

The fear to confront the rising consumption of pornography along with other acts like homosexuality has undermined Uganda’s resilience to defend itself, he said.

On the other part, he blamed selected local print media that has been at the forefront of promoting pornographic images to make more sales.

Dr. Annette Kezabu, the Chairperson of the Pornography Control Committee challenged those who are trivializing pornography as a privacy issue saying that the vice has far reaching consequences including addiction, objectification of women and the urge to practice what is acted.

“Pornography is scripted in a subtle way that it is meant to keep the consumer expectant and addicted. It is a cancer of the soul that is always discovered in its advanced stage with grave consequences,” Dr. Kezabu who is also Vice Chancellor at Kampala International University revealed.

According to Dr. Kezabu, too much exposure to pornographic acts psychologically affects the way in which men sexually treat women. It is for this reason that acts of rape, defilement and gruesome murders of women in Entebbe happen, she said.

Monday’s meeting which attracted the media, religious leaders and players in the film industry sought to elaborate the dangers in pornography and gather consensus on how to implement the Anti-Pornography Act. 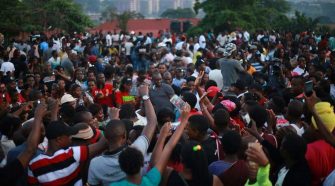