Singers King Saha, Weasel, Sizza Man, Gift of Khado and Naira Ali survived being attacked by violent revellers in Gulu district over the weekend prompting the musicians to flee the venue.

The mood was warm in the Northern Uganda town over the weekend as a couple of events were lined up among which was a show dubbed ‘The return of the GoodLyfe’ at Smiling Panda bar.

The concert was set to feature the remaining half of award-winning singing duo, Radio and Weasel accompanied by other artistes King Saha, Sizza Man, Naira Ali and Gift of Khado as well as entertainers from the northern region.

All the artistes arrived at the venue fully charged and ready to entertain the crowd. Sensing that the venue was full to capacity, King Saha began to demand for his outstanding payment amounting to Shs 1.5 million.

This prompted the rest of the musicians to make similar demands to the event organizer.

As this fracas was unfolding, the opening acts were performing on stage. The revellers were also notified of the presence of all the big artistes as advertised.

However, later on, the stalemate between the organizers and the entertainers became evident to the awaiting crowd. The artistes who had been spotted at the venue were not taking to the stage despite the continuous introduction by the night’s emcee.

This provoked the crowd who were getting impatient to stage a protest demanding that the musicians perform or else they (revelers) be refunded their money.

At this point, a one Maureen, the Acting Manager of Smiling Panda ordered security at the gate to close so people can be refunded their money. However, she would later pronounced that the artistes from Kampala had refused to perform demanding advance payment.

It is this revelation that sparked violence at the venue. What followed was vandalism of the chairs and other property while other revellers rushed towards the entrance.

Musicians King Saha, Weasel, Sizza Man, Gift of Khado and Naira Ali were whisked of unharmed as people scrambled for their money at the gate.

Efforts to control the crowd were futile as they over powered the security. Several property at the venue was destroyed by the rowdy people.

Juma, the event organizer told this website that he had paid all the artistes at least the bigger portion of their payment and that only a meagre amount was left to be paid after their performances, as is the custom.

He suspects that somebody could have incited the artistes to make the demands, with an aim of causing him losses.

On Monday morning, the venue was locked and the Management had reportedly gone to the Police to record a statement about Sunday’s incident. 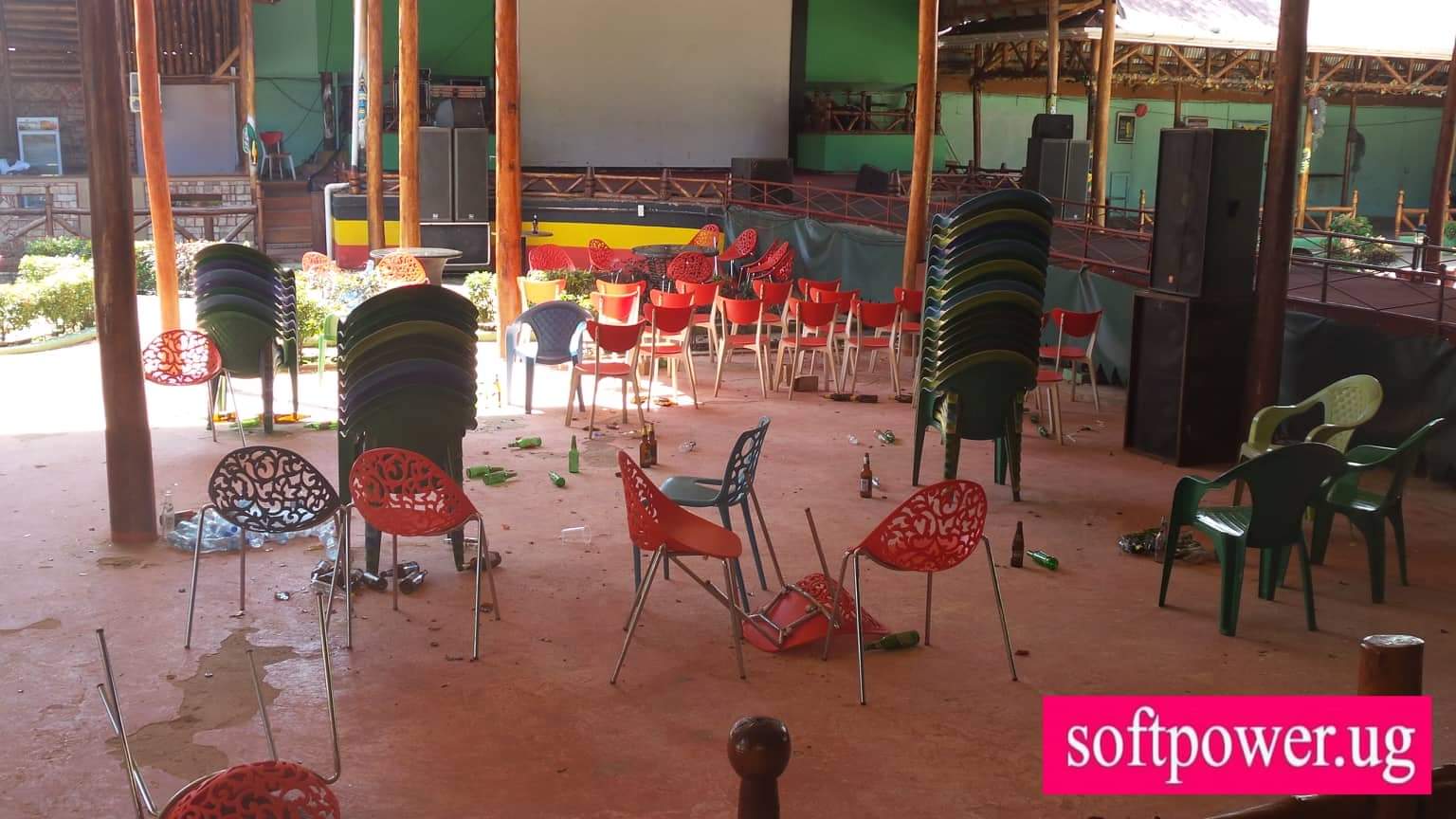 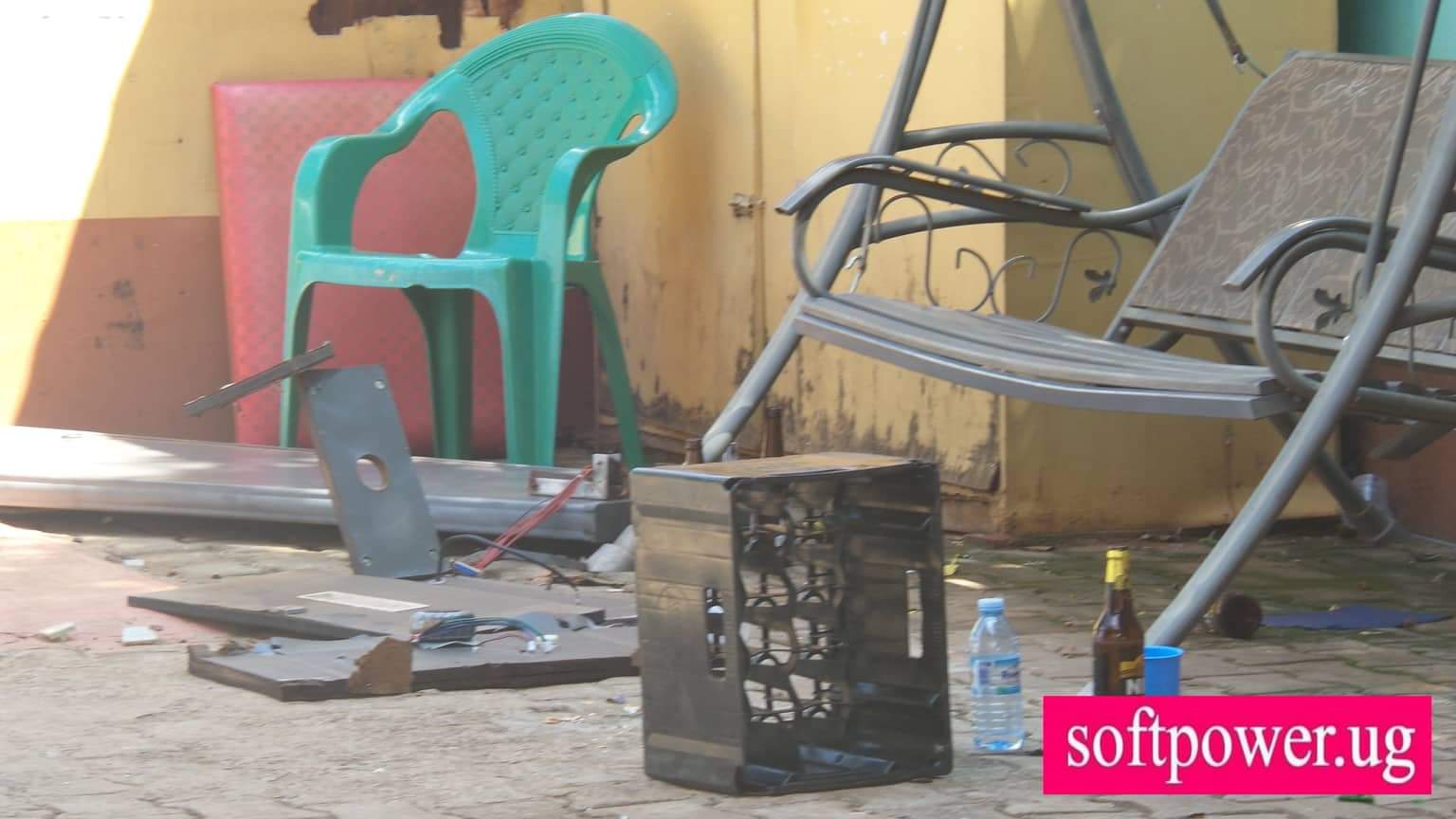 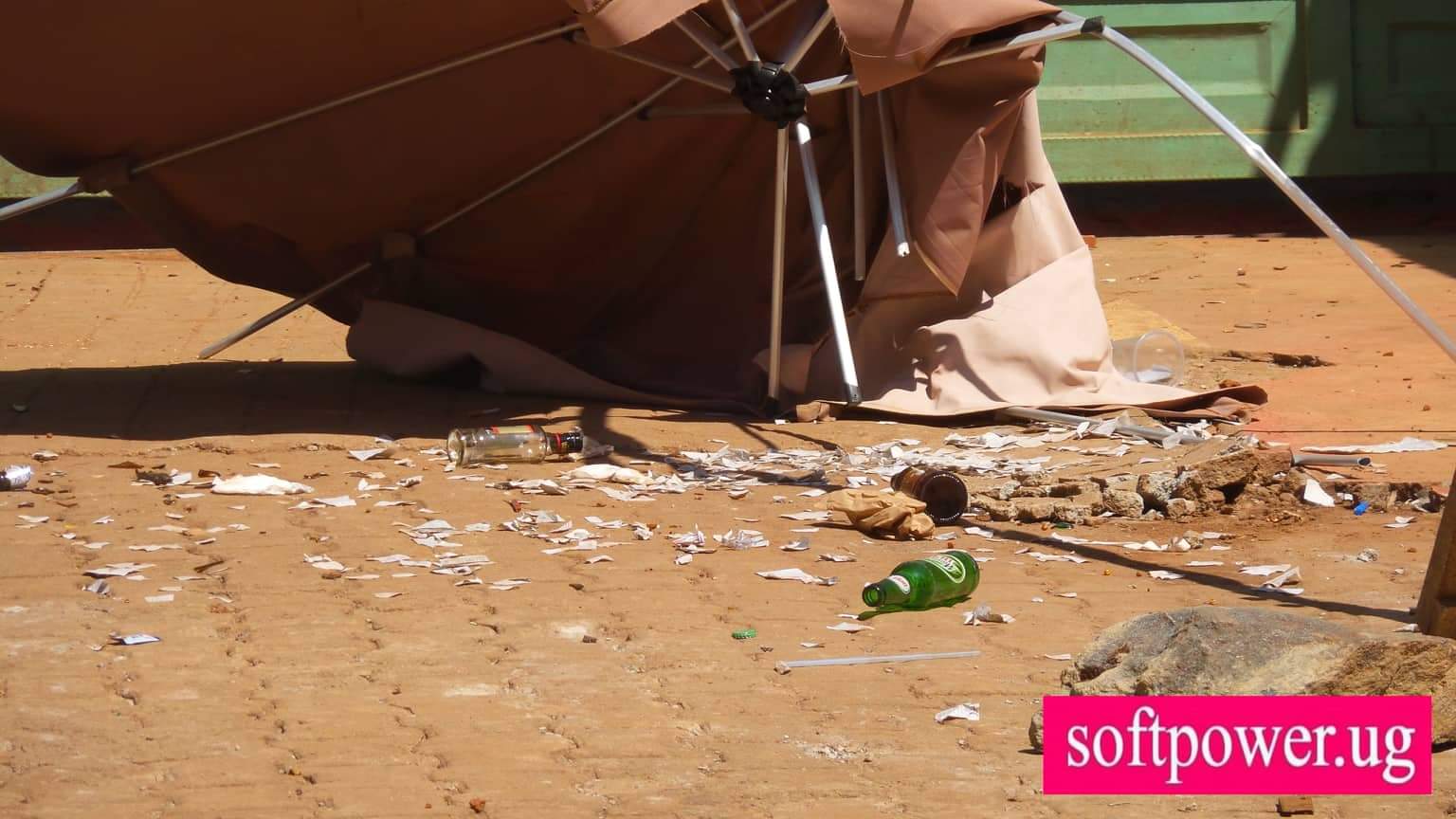