The Minister of Health, Dr Jane Ruth Acheng has assured Parliament that students who are trapped in Wuhan City, China are safer there compared to having them repatriated back to Uganda.

While tabling a statement to Parliament on the position of government regarding the Ugandan students in Wuhan, the Minister revealed that no Ugandan has registered any threat to the virus.

The Minister’s statement was in response to the concerns that were recently raised by Members of Parliament who demanded for immediate evacuation of the students in Wuhan who are at risk of obtaining the Corona virus infection.

Aceng said that government has the assurance from the Chinese government that it will do all it takes to ensure that the Ugandan students are well taken care of. She added that the students in the University halls of residence are being provided for food by the universities while those outside the universities have to procure their own food.

“The Ministry of Foreign affairs is aware about the challenges the students are facing as regards their welfare. As such it is in the process of wiring USD 61,800 to support the students in the interim as more evaluation of the situation takes place,” Aceng said.

As of Thursday, the death toll across China had risen to 1,367. The number of infected across China rose to 59,805.

At least 25 countries have confirmed cases and several nations have evacuated their citizens from Hubei. Three deaths have been recorded outside mainland China – one in Hong Kong, one in the Philippine, and the most recent in Japan.

The World Health Organization has warned the virus poses a “grave threat” to the world, saying the virus could have “more powerful consequences than any terrorist action”.

Aceng said that there is no ban to travel for any student or traveler outside Wuhan city.

She noted that the World Health Organisation (WHO) has issued Repatriation guidelines for countries to follow in the event that a political decision is taken to repatriate nationals.

“From the public health point of view, it’s safer the keep persons in Wuhan city there. The city is under lock down, meaning travelling to and from the city is prohibited,” Aceng said.

Aceng noted that countries have however been strongly advised to assess their capacity to handle the outbreak bearing in mind that repatriation of persons from Wuhan city into the country may potentially be introducing the virus into the country.

“Movements from the homes where people are isolated to the airport is no guarantee that one may not get infected or even acquire infection from one another once on the plane during transportation. Therefore decisions to repatriate should take consideration of all this,” Aceng warned.

She as well added that Uganda has got no capacity to handle a corona virus outbreak in terms of specialized isolation facilities with specialized equipment.

“This virus is new and spreads very fast, in addition the country is overstretched with outbreaks. The Ebola threat from DRC is still ongoing since August 2018 and there is Yellow Fever in Buliisa, Moyo and Maracha. The health workforce is also very thin on the ground,” the Minister added. 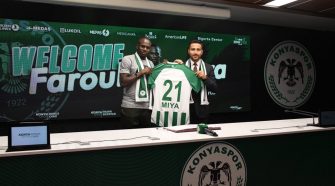