The Ministry of Health is mourning Sr Petua Kiboko Olobo who has been the Acting Commissioner in charge of Nursing.

She died on Sunday and according to the Minister of Health, Dr Jane Ruth Aceng, Sr Kiboko lost her life in a motor accident.

Details are not yet available.

“With deep sorrow, we announce the untimely death of our Acting Commissioner in charge of Nursing, Sr. Petua Kiboko which occurred today. We stand with her family during this trying time. May Sr. Kiboko’s soul Rest in eternal Peace,” the Ministry of Health posted on Sunday.

Deeply saddened to hear of the untimely passing of our dear acting commissioner in charge of Nursing, Sr. Petua O. Kiboko which happened today. Sr. Kiboko passed away in a road accident.
My heartfelt condolences to her dear family. May her soul rest in eternal peace. pic.twitter.com/Mfv1Qaq2x3

You did your best while we worked with you ..We shall miss you Sr Petua . pic.twitter.com/NISVAPpDnS

Born in Katakwi district, Sr Petua served as the Acting  Commissioner Nursing & Midwifery since July 2018 until her death.

She was also formerly the Acting DHV Gulu District and a Member of Infection Control Committee.

Other responsibilities included being a Board Member of Uganda Nurses & Midwives Council (UNMC) and Mengo Hospital Board.

She also worked as the National Trainer for the implementation of the 5S project under JICA, UNEPI/MoH – Central Supervisor National Programmes on Immunization and the NMC – Satellite coordinator Lira region.

She also supervised the WHO- Regional EPI/ IDSR in Lira region. 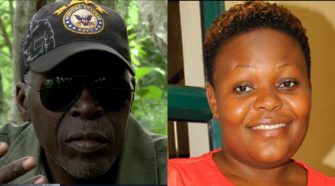