Government through the Ministry of Health has reported an increase in the Malaria cases by over 1 million countrywide for the period of June to August 2019, attributed to among others intermittent rains in various parts of Uganda.

The Ministry says that whereas this is lower than the number of cases registered between 2016 and 2017, it is important to note that this is the peak Malaria season where an increase in the Malaria cases are registered.

The increase in the cases has been partly attributed to the season (June to July) which is usually rainy, causing many mosquitoes.

The other push factors for the rise in cases is climate change which has brought about prolonged intermittent rains in various parts of the country.

Government has also cited the reduced mosquito net ownership and use due to the aging of nets distributed in 2017 mass campaign as well as population growth and refugee immigration in specific regions.

The other factor is the movement of populations from high burden areas (Busoga, West Nile, Northern Uganda, Karamoja) to low burden areas (Kampala, South Western Uganda) and vice versa for festive season, employment like farming. Citing statistics from Naguru hospital in July 2019, the Ministry says 85 percent of the malaria patients had travel history outside Kampala.

“People in areas with very little malaria such as Kampala (parasite prevalence less than 1%) are prone to severe malaria due to reducing/low immunity. It is therefore important that everyone protects themselves whenever they travel upcountry in areas with high malaria burden/transmission”.

Owing to this spike, the Ministry has announced a number of interventions aimed at mitigating the situation. These include supporting districts with increased cases to order and receive emergency supplies (Artemisinin-based Combination Therapy (ACTs) and Rapid Diagnostic Tests (RDTs) to ensure facilities are well stocked.

The Ministry says it will also revise the quantification of ACTs for this financial year, 2019/20 to take into account this increase in cases. Government will redistribute of Malaria commodities from facilities and districts with overstocks to those that are facing a stock out of malaria commodities.

Part of the interventions is strengthening the capacity of Village Health Teams (VHTs) at community level through training and providing adequate stock of antimalarials among others.

Malaria is transmitted by female Anopheles mosquitoes which normally bites at night when a person is sleeping. An infected mosquito bites a human being and transmits the plasmodium into the blood of the person.  The signs and symptoms of Malaria are; fever, headache, vomiting, chills (shivering), sweating, Backaches, Body weakness, loss of appetite and diarrhoea

The Ministry is appealing to the general public to sleep under a mosquito net every night to avoid Malaria and to always seek early treatment from the nearest health facility within 24 hours of onset of symptoms. 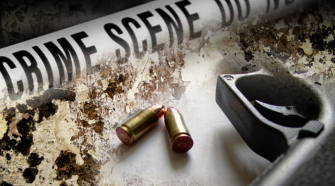 Police Officer Shoots Self Dead After Killing 2 Other Officers, Civilian