A helicopter crash-landed on the roof of a midtown Manhattan building Monday, sparking a fire and killing the pilot, New York City officials said.

Mayor Bill de Blasio said there was no indication that the crash was an act of terror, and he said there were no injuries to anyone in the building or on the ground.

“I want to just say, thank God for that. This could have been a much worse incident,” he said.

The helicopter took off from the 34th Street heliport at about 1:32 p.m., NYPD Commissioner James O’Neill said, and it crashed on the roof of 787 Seventh Ave. about 11 minutes later.

A fire broke out when the helicopter crashed, and the FDNY reached the roof and put out the fire quickly, FDNY Commissioner Daniel Nigro said.

The deceased pilot has been identified as Tim McCormack, law enforcement sources said. His family has been notified, according to one source.

At the time of the incident, moderate to heavy rain was falling in the city and visibility at Central Park was down to 1.25 miles. Winds were from the east at 9 mph.

Based on interviews the NYPD conducted at the 34th Street heliport on Manhattan’s east side, the pilot was waiting out the weather but for some reason decided it was okay to go, another law enforcement source told CNN.

The pilot then flew around Battery Park on the southern tip of Manhattan, up the west side of the island and then, somewhere around the streets in the 40s, started to veer toward midtown Manhattan before ultimately crash landing, the law enforcement source said.

It is unclear whether McCormack made an emergency call from the Agusta A109E helicopter before the crash.

“That’s part of the investigation, to see if there was any contact made with air traffic control,” NYPD Commissioner O’Neill said.

“The helicopter is pretty obliterated at this point,” de Blasio said in an interview with CNN. “It was obviously a very hard hit, there was a fire on top of that. There’s not much left of that helicopter. But look, we don’t know what happened and why it happened, this is very unusual.”

Agusta 109E is an eight-seat, multipurpose helicopter manufactured in both single and twin-engine variants.

The National Transportation Safety Board said it is sending an aviation safety investigator to investigate the crash. 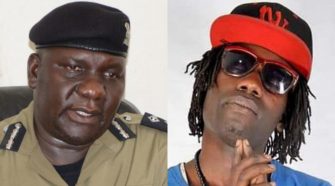