The Ministry of Health has reported a significant drop in the coverage for follow up vaccination after the first dose of Hepatitis B.

Uganda started response to viral hepatitis in 17 years ago with the pentavalent vaccine for children below age 2. However, government later introduced a vaccination program for adolescents and adults against Hepatitis B whose prevalence stands at 4.1 percent.

So far, the program has covered three regions with the remaining planned to be covered in the coming financial year.

“During this vaccination program, we have had a high drop out rate with adolescents and adults, especially in the third dose,” Dr Aceng said.

The Minister was speaking to reporters on the sidelines of the Africa Hepatitis Summit organized by Abbott, which opened on Tuesday at Speke Resort Munyonyo.

Abbott, a U.S biotech company, is a global healthcare leader that helps people live more fully at all stages of life. At the conference, Abbott was awarded by Ministry of Health, for its exceptional performance and contribution towards Viral Response in Uganda and the whole world.

Minister Aceng says for the first dose of vaccination, coverage stood at 91.7% but this turn up dropped to 68% at second dose and further fell to 37% at third dose. The first and third dose are six months apart.

According to the Minister, the low turn up on subsequent doses (after the first dose) is attributed to forgetting by patients as well as the inconvenience that comes with accessing the vaccine (walking long distances).

“The majority of people we talked to mentioned forgetting as a reason, because there is a 6-month gap in between and majority of the people forget,” the Minister told reporters.

“The other challenge is transport, coming back to access the second dose and the third dose. Many people find it difficult to walk back, and they keep thinking we shall run a campaign so they can come back to receive the second and third dose”.

However, according to Dr Aceng, vaccination campaigns come at a very high financial cost and therefore become impossible when there are few financing partners.

“When we run campaigns for Measles and Polio, it costs the country over USD 30m, so it isn’t easy to run a campaign when we have very limited partners supporting us”.

She appealed to the population to follow up for their doses to ensure they are guaranteed immunity to viral hepatitis.

The Minister revealed that government is set to carry out a survey to ascertain the actual prevalence rate for Hepatitis C.

“We are happy that the government of Egypt has committed to support Uganda in treating all patients of Hepatitis C”.

The Ugandan government also intends to scale up screening for pregnant women against hepatitis.

“Our plan is that by next year, we should have the birth dose for Hepatitis. Therefore, it is important that all women who are pregnant are screened. This will eliminate mother-to-child transmission”.

The birth dose for Hepatitis is given to the newborns since the risk of getting hepatitis B is highest at birth, she explained.

In the medium and long term, government will; continue systematic mass screening with priority to high risk populations, and strengthen injection, blood and surgical safety as a universal precaution among all health care workers.

According to Prof Funmi Lesi from World Health Organization’s Africa Regional Hepatitis Response, a total of 30 countries on the African continent have high prevalence (over 5%) of Hepatitis. Only 5 countries have prevalence that is less that 2%.

She said poor sterilization of tools used in health facilities, especially in blood transfusion, is the lead cause of Hepatitis C in Africa.

Prof Lesi called on governments to adopt a public health approach in the fight Hepatitis. She also underscored the need for political commitment, mobilization of domestic funds, extensive social mobilization and strategic linkages with existing infrastructure for HIV response.

Hepatitis B is a serious liver infection caused by the Hepatitis B virus (HBV). For some people, Hepatitis B infection becomes chronic and can lead to liver failure, liver cancer or cirrhosis of the liver, the latter being a condition that permanently scars the liver. 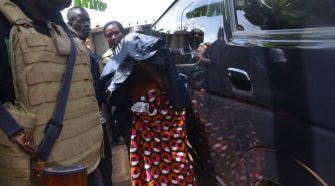 Monitor Accountant, Katende Was Killed by Wife and Children, Dumped in Latrine