Musician Hillary Kiyaga alias Dr Hilderman, has come out to clear the air, on Singer Bebe Cool’s allegations that he (Kiyaga) and some other musicians received money from President Yoweri Museveni for singing him a campaign song dubbed ‘Tubonga Nawe’ in 2016.

On Saturday, Bebe Cool posted on his Facebook account that he had asked artistes he gave the money to acknowledge receipt, or else he exposes them.

His post was preceded by a sound muted video, showing Hilderman appending a signature on a document with notes of money on table, and Bebe Cool present as the two seemingly conversed.

Now, Hilderman says what the Gagamel boss posted was nothing but utter blackmail, intended to taint his reputation.

He explains that him and other musicians had a contract and Memorandum of Understanding with KK Advocates, to be part of President Yoweri Museveni’s 2016 campaign trail, which he did with “dignity and respect” as enshrined in the signed contract and was fully paid.

He says the campaign was branded with the ‘Tubonga Nawe’ song which was launched by President Museveni in Munyonyo, where he pledged Shs 400m towards the artists’ SACCO and Bebe Cool was tasked to follow it up.

But at one point, he says, he was told Bebe Cool was giving out money to artistes and on finding him, he was given two million shillings.

“While at Sheraton some evening, a colleague called me and informed me how Bebe was distributing money to artists who attended the Munyonyo event which i had also attended. I rang Bebe and he directed me to find him at Serena,” Hilderman said.

“Bebe told me the money was only for musicians who featured in Tubonga Nawe song but not all artists. Since I never featured in the song, I automatically bought his statement,” Hilderman adds.

“I decided to leave his Hotel but before closing the door he called me back and gave me Shs 2m and told me to sign for his easy accountability to legit beneficiaries. In the audio he muted this should reflect,” he added.

Hilderman wonders why Bebe Cool muted sound in the posted video he posted, before challenging him to explain to the public on how he distributed the money he received.

“I received 2 million shillings from Bebe and I signed for it, it would be more professional in all your BLACKMAIL endeavours to bring out every thing since you called it accountability,” he said.

“In case this money was for artists SACCO, it was unlawful for Bebe who was mandated to deliver it to Sacco administrations to personally distribute it to individuals especially when he had been directed by the donor body,” he added.

He said that the contract he signed was not on a permanent basis and did not bar him from his future political ambitions, adding that, “after my contract I was free to exercise my rights and freedom as any Ugandan”.

The ‘Mazongoto’ singer admitted having been a sworn supporter of the ruling National Resistance Movement (NRM) party and President Museveni but that he changed and now belongs to the opposition. He has since become affiliated to Bobi Wine’s opposition political movement ‘People Power’.

He adds that Bebe Cool ought to concentrate on persuading fellow musicians to join his side (NRM), instead of blackmailing them. 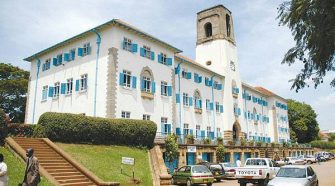