When the remains of the late Daniel Mukasa aka Danz Ku Mapeesa were taken to Club Obligatto for the public to pay their last respects, Eddy Kenzo who was among the celebrity mourners stated that they were some elements in the media who claimed he had a hand in the death of the late.

“There are enemies who are using this unfortunate incident to tarnish my name. I have known Dans Kumapeesa as a humble young man who had lofty dreams and worked to achieve them,” Eddy said while addressing the mourners.

Eddy Kenzo had no kind words for those who fuelled the allegations. He bluntly stated that he will curse them and those who killed the late producer.

A section of Music fans in Uganda had earlier alleged that Dans Kumapeesa and Eddy Kenzo’s wife Rema had a relationship under the carpet. They also alleged that when Eddy Kenzo learnt about their relationship, he was disappointed and decided to plan to finish off the young producer. However, sources close to Kenzo and Rema deny the allegations and say haters are using that opportunity to tarnish their family name.

During the burial, Dans Kumapeesa’s mum reminded people that when Kumapeesa was still in the hospital, unknown visited claiming they were the late’s brothers. She said doctors had to chase them away since the visitors could not describe their relationship well with the late. She suspected they wanted to poison the producer even when he was bedridden. 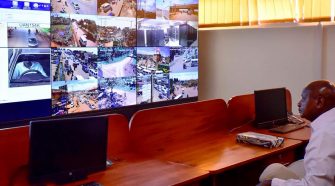 Nagirinya Murder: Museveni Directs Dismissal of CCTV Cops who Slept on the Job