President Yoweri Museveni has downplayed the role of Public Relations following what is now perceived as comments following a pitch by a yet to be known group that misrepresented PR to the President as “appearance is what matters not facts.”

“People come here saying they want to be my PR. I don’t need PR, I’m Yoweri Museveni, son of Kaguta, General of the resistance army, I don’t need any polishing,” the President said on Sunday during a national address.

“Many people have been telling me ‘What matters is not the facts but the perception’. Really?”

He said that he can not subscribe to the notion of his government or Uganda concentrating on the image it portrays rather than the reality on the ground.

“They tell me ‘You see mzeei, what matters is not what happens but what is perceived’. So the world is going to become a world of appearing, not doing”.

“People are going to concentrate on image not substance. That’s how you want the world to be? Are you not deluding yourself by thinking like that?” he said, castigating what he called “useless experts” who push such narratives.

In its basic definition, Public relations (PR) is the practice of managing the spread of information between an individual or an organization (such as a business, government agency, or a nonprofit organization) and the public.

In recent times, governments, organizations and private companies are increasingly hiring PR firms or employing PR professionals whose role is to link the institution to the public, streamline communication and to promote a positive image.

Several government agencies in Uganda have moved from the traditional way of employing in-house communications Managers (and spokespersons) to outsourcing the services of a PR agency to handle media relations and PR strategy on their behalf.

These same PR agencies would be responsible for damage control if there was ever a public scandal involving their client or news stories that may dent the client’s image in the public.

Museveni also called out the media (both local and foreign) which he said has been biased and focused more on reporting the negative side of Uganda. He contested the notion that by reporting positives about Uganda, the media is doing a favor to the country.

“The media has never been good to Uganda. I can’t remember when Uganda had good press. May be in the past. Uganda has been developed with or without the help of the media,” he said.

It should be recalled that government in 2016 hired services of three international PR firms PHG Consulting, Kamageo and KPRN to represent Uganda in North America, U.K and German speaking Europe respectively.

These firms are meant to market Uganda as a preferred tourist, investment destination and also ensure the country gets good press in these foreign countries.

When asked to comment on the President’s views on the issue of PR, Allen Ssempa, a communications specialist said: “The President doesn’t believe in selling a perception but rather the truth about Uganda. His belief is that if communicators in the different government agencies account for their work, they can give the country the good image it can achieve from hiring a PR firm”.

Muhereza Kyamutetera, another PR and Communications expert says Museveni’s comments make it appear like he hasn’t been properly explained to regarding PR and what it entails.

“Well, I am not sure the president has been told clearly what PR is and what it is not. Because clearly if his handlers indeed explained to him what communication is, he then would have clearly spoken out differently,” Kyamutetera who is President of Uganda Advertisers’ Association said.

“Public Relations and or Reputation Management is simply the art of creating and managing a shared understanding between an organisation and its most important stakeholders”.

According to him, all organisations; large or small especially those organisations that have a higher responsibility to the public such as government need communication. 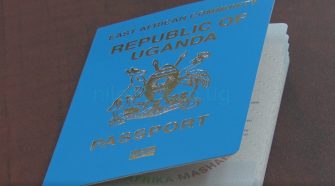