In what seemed to be a rude response, singer Juliana Kanyomozi, Tuesday asked one of her followers on Twitter to back off from issues concerning her marital status and save prayers for his sister.

It all started with the ‘Wakajanja’ singer posting on Twitter to inform her fans about a video of her new song ‘Omukwano Ogwedda’ she was about to unveil.

“The smile I put on knowing God has my back.. NEW VIDEO DROPPING SOON!!!! OMUKWANO OGWEDDA,” read Juliana’s tweet.

One of the followers, Omujugujugu Moses immediately responded and said that Juliana (whose lover is not publicly known) has no moral authority to sing about ‘Omukwano Ogwedda’ literally translated as ‘ancient love’ and that he prayed she gets married in this new year.

In response, Juliana who sarcastically appreciated Moses for the concern, advised him to keep the advice for his “sisters”.

“You’re so kind but no thank you. None needed. Please save those prayers for your sisters,” read Juliana’s response.

The award winning songstress has in recent years kept her love affairs to herself. She has previously been rumoured to be in love with a number of men, by media reports, but the most prominent of them was Ugandan professional boxer, Kasim Ouma. 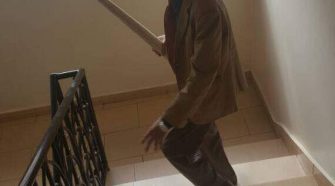