The State Minister for Privatization and Investment, Evelyn Anite has directed Uganda Investment Authority (UIA) to suspend a licence that had been issued to Israeli company, Together, to establish a cannabis (marijuana) farm in Uganda for medical purposes.

Last year, Globus Pharma (the biggest cannabis firm on the Tel Aviv Stock Exchange), a subsidiary of Together, announced it was setting up a medical marijuana farm in Uganda, amid protest in some quarters within the Ugandan government.

In an April 2018 announcement, the firm said it had a deal to set up 30 dunams of medical cannabis hothouses in Uganda, and that it would be growing cannabis there within four months – meaning late August. In early September, it announced that the cannabis seeds it had ordered from the Netherlands had arrived.

The purchase was conducted through a “local partner” that had the needed permits from the Uganda Agriculture Ministry, it said.

Now, it emerges that Globus Pharma was recently awarded a licence to grow cannabis in Busongola county, Hima north in Kasese district.

According to Emely Kugonza, the Board Chairman at UIA, due diligence was conducted on the foreign firm, led by National Drug Authority and that the Inspector General of Police as well as Ministries of; Health and Agriculture gave a no objection.

“UIA is at the tail end of this process. There was no basis for us to stop this investment. Medical cannabis is acceptable and there are standards for growing it. What we need to ask is whether these standards were followed,” Kugonza said on Wednesday.

But Minister Anite told reporters that the licensing was done without her approval. She explained that government is yet to make a final decision on whether or not to approve this investment.

The matter was extensively discussed at Cabinet level, she said, and the Minister of Health was tasked to carry out comprehensive research on the medical benefits of cannabis growing and other relevant aspects. The Minister of Health is due to report back to Cabinet on May 15, Anite said.

“We were faced by four investors who wanted to grow cannabis for medical purposes and set up factories. We discussed it in Cabinet and the Cabinet paper was deferred with instructions to the Minister of Health to assess the benefits and issues of regulation,” Anite said.

“The Minister is supposed to return to Cabinet on 15th of May. But yesterday, I discovered a licence had been issued in my backyard. We have to halt the licence until proper regulation is made and until Cabinet, Parliament give a proper directive,” the Minister said.

She said that the Prime Minister has summoned a meeting on Tuesday next week for further deliberation on the matter.

“As government, this issue is of great concern. It could turn out we don’t need the investment”.

“We have put the licence on hold as we wait for the final position of government on whether we want to attract investors in the growing of cannabis, whether we have the legal regime and what are the benefits”.

Anite directed that no activity on the side of the investor commences until the government position has been reached.

Whereas the Minister claims the licensing of Globus Pharma happened without her approval, she defended UIA saying it followed the procedure.

Last year, when the issue first emerged in the media, the then Uganda Investment Authority (UIA) Executive Director, Basil Ajer, was quoted by New Vision as having said UIA does not license investors for marijuana cultivation.

“That is an area we do not even handle. It is illegal. Probably the health ministry and National Drug Authority (NDA) might know. We do not even license companies to grow marijuana for medical purposes,” Ajer is quoted as having said at the time.

“Since not all land in Uganda is owned by the Government, such a company could also partner with an individual to grow the crop on his or her land”.

Globus Pharma was quoted last year by Israeli news publication, Haaretz, as having said; “The operations in Uganda, with a team of 100, are advancing as planned. After the farm is completed there, the company plans to start growing medical cannabis as of next month, and expects, besides the farm being built in Israel, to start sales as of the first quarter of 2019”.

While the objective fronted by the Israeli firm is medical, the debate on the part of government is largely explained by the other uses of marijuana which are considered harmful to humans. In the laws of Uganda, growing of marijuana is illegal.

The Narcotic Drugs and Psychotropic Substances Act 2015, states that anyone involved in the manufacture, production, sale or distribution of a narcotic drug or psychotropic substance commits an offence and is liable, on conviction, to a ﬁne not exceeding Shs 2.4m or imprisonment not exceeding ﬁve years or both.

Police has on several occasions carried out raids and destroyed marijuana farms which they say are illegal.

Cannabis (marijuana) is a psychoactive drug from the Cannabis plant used for medical or recreational purposes. It can be used by smoking, vaporizing, within food, or as an extract.

It’s short-term side effects on the user may include a decrease in short-term memory, dry mouth, impaired motor skills, red eyes, and feelings of paranoia or anxiety.

Long-term side effects include addiction, decreased mental ability in those who started as teenagers, and behavioral problems in children whose mothers used cannabis during pregnancy. 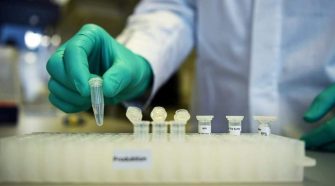