Diamond Platnumz has showered praise on Ugandan recording artiste, Jose Chameleone describing him as a music legend and icon whom he dreams to collaborate with.

Diamond who arrived in Uganda on Wednesday ahead of his Thursday performance at Comedy Store in Lugogo, said he respects Uganda’s music and it is “the best music”.

“When it comes to Ugandan music, it is the best music. Trust me. And I respect this music too much,” he told reporters at a news conference held at Mestil Hotel on Wednesday.

“I respect Jose Chameleone. He has done so much. There’s no way you can mention East Africa without mentioning Chameleone. He’s our legend, our icon. I respect our brother so much and I hope one day I’m gonna have a song with him because that’s been one of my dreams,” the ‘Tetema’ hit maker confessed.

Although Chameleone has recently been outshined by a new breed of fast-rising musicians, many music lovers still hold him in high regard given that he along with peers Bebe Cool and Bobi Wine pioneered the Afro-pop sound in Uganda at a time when Congolese music had dominated the music scene. An endorsement from the biggest singer in East Africa today only goes to confirm the weight that Chameleone still commands.

Diamond as well said he plans to work with BET Award winner, Eddy Kenzo before close of 2019. Diamond had been asked as to whether he has considered partnering with the ‘Sitya Loss’ singer since the two musicians share a particular interest in dance.

“Kenzo is my brother. We’ve been talking so many times, planning about it (collaboration). But we didn’t have the right time. I’m sure before the end of this year, we will have something. He has something with Harmonize. He’s like one of our good friends in WCB (Diamond’s record label) and I appreciate his support to my record label and family”.

Diamond Platnumz who refers to himself as the Lion of East Africa said he strives to represent the region and put it on the map musically.

“I’m trying to put our East African music on the map. If you check on the West Africans now, they are doing really good. As a kid from East Africa, I wanna make sure we are doing good. And I appreciate the support from different areas from East and West,” he said.

On some of the remarkable collaborations he has done in the recent past including with Davido and Rick Ross, and what they mean for his career, he said; “Every musician’s dream is to work with other artistes especially those they have been watching and listening to”.

“So, if you get an opportunity to work with them, it’s an achievement. And when I get those opportunities, I try to make sure I don’t let myself or East Africa down. I try my level best. We should expect more collabos this year”.

He said that his focus last year was more on promoting his media businesses (TV and radio). He says this was important to him simply because he acknowledges that media is a critical component in promoting music and entertainment.

“There’s no entertainment if there is no media. There are lots of presenters who don’t have opportunity to show their talent. So, if I have TV radio, I can create another opportunity for other presenters”.

“This year is when I’m doing my music thing because I know now that my media is doing fine”.

He also explained why dance is a primary aspect of his music.

“I think there’s no music without dance,” Diamond said, citing musicians like Michael Jackson, Beyonce and Chris Brown whom he says rose to stardom simply because of their abilities to dance.

“Rediscover Yourselves, Leaving Capital FM Was Hard But it Enabled Me Achieve More” – Juliana to Sacked Sanyu FM Staff 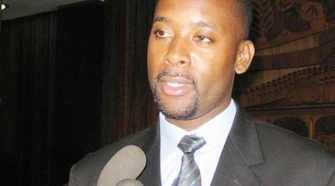