Inspector General of Government (IGG), Irene Mulyagonja has said she is ready to face the Parliamentary committee over her recent directive for an investigation into alleged bribery of MPs who were probing Bank of Uganda.

Recently, following the release of the COSASE report on the closures of seven defunct banks, the IGG wrote to the Internal Security Organization (ISO) asking that the organization investigates allegations against members of COSASE.

The IGG said she had received a complaint that members of the probe committee including the former Chairperson, Abdu Katuntu, his deputy Anita Among and other members like Elijah Okupa and Odonga Otto had taken bribes from tycoon and former proprietor of Crane Bank Ltd, Sudhir Ruparelia. Crane Bank was among the seven banks whose closure COSASE was investigating.

However, the IGG’s letter to the ISO was criticized by Speaker of Parliament, Rebecca Kadaga who said such an investigation on MPs would undermine the institution of Parliament.

She said the contents of the IGG’s letter were an attack on Parliament of Uganda and an attempt to muzzle Parliamentary investigations and stifle the voice of the people.

As such, the Speaker ordered the Parliament Committee on Rules and Privileges to immediately commence an investigation into the letter written by the IGG on allegations that outgoing members of COSASE received a bribe.

“I am very surprised that the IGG didn’t find it prudent, even necessary to first consult me on the matters contained in the letter before writing to ISO; if she had called me, I would have told her that there was no bench marking which she wants to investigate,” Kadaga said.

“I will not, while I am your Speaker allow anyone to blackmail this House; I therefore refer the IGG’s letter to the Parliament Rules, Privileges and Discipline Committee to investigate whether this letter doesn’t amount to contempt of Parliament,” she said.

Now, the IGG has said she is ready to face the Committee of Parliament to which Kadaga referred the matter.

“I think you have heard that the decision to investigate members of COSASE is going to be subjected to, I don’t know whether you call it an investigation or consideration, by one of the committees of Parliament,” Mulyagonja said.

“The learned Rt Hon Speaker referred this matter to that committee. I’m therefore now waiting for the communication from the Parliament”.

Mulyagonja was speaking Monday during the launch of the Update Module and Leader Support System which is meant to ease the declaration of assets by civil servants.

Contrary to the Speaker’s sentiments, Mulyagonja said she respects Parliament “very much” and that she has utmost respect for the Speaker.

“You see, I respect Parliament very much because we report to them and I have utmost respect for the Speaker. I am waiting to be asked for that information officially, then I will respond,” she said. 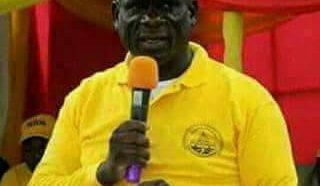