The lawmaker has thus committed to rebrand the Forum for Democratic Change (FDC) as well as amending the party constitution.

“I am so grateful for this party for this opportunity granted to me despite being one and half year old in the party; I am much impressed by the democracy exhuded, some people thought I couldn’t be nominated,” Munyagwa told the media.

“As I told you earlier, I am coming with fundamental changes, we have a small constitution with a few pages; I will amend it in order to rebrand the party,” Munyagwa said.

Munyagwa said that once voted into power, he would first look at changing the different party titles and structures to suit the struggle for change.

Munyagwa is set to face other contenders who among others include; the incumbent, Gen Gregory Mugisha Muntu, former Kumi District MP, Patrick 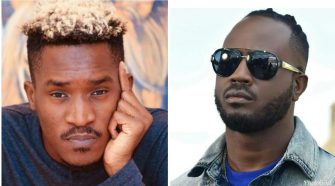