Burundian refugees who crossed into Rwanda following a new violence in their country in 2015 have reached 94,581 people as of April 25, according to UNHCR.The International Criminal Court (ICC) has authorized a probe into alleged crimes committed by Burundi government including murder and rape.

If sufficient evidence is established that specific individuals bear criminal responsibility, the Prosecutor Fatou Bensouda will then request the ICC judges to issue either summonses to appear or warrants of arrest.

In October, Burundi recently became the first country to withdraw from the Netherlands based court but ICC judges say the Court still retains jurisdiction over any crime committed before the country withdrew its membership.

About 1,200 persons have been allegedly killed and thousands illegally detained while others disappeared without trace.

The alleged acts of violence have reportedly resulted in the displacement of 413,490 persons between April 2015 and May 2017.

Violence in Burundi started in 2015 following the announcement that incumbent President Pierre Nkurunziza would seek a third term in office, which triggered protests in the capital Bujumbura.

President Nkurunziza went a head and won elections in 2015.

The ICC says the crimes were allegedly committed by Burundi’s national police force, intelligence service, army and members of the youth wing of the ruling party known as the Imbonerakure.

Burundi government officials have in the past denied that governemnt was committing crimes, saying that human rights campaigners were dwelling on propaganda being pushed by opponents of President Pierre Nkurunziza to write thier biased reports.

Reacting to ICC’s decision today, Willy Nyamitwe, Senior Advisor to President Nkurunziza in charge of Media, Information and Communication, twetted; “What appears to be today’s decision is nothing else but a backdated decision of October 25, 2017 (when Burundi withdrew from the court). As usual, the International Criminal Court plunges into outrageous lies to implement Westerners’ hidden agenda to destabilize Africa.”

“No doubt, Burundi will win this battle,” Nyamitwe added.

Burundi was a state party to the ICC right from the moment the Rome Statute entered into effect for Burundi in December 2004 until the end of the one-year interval since the country filed its notice to withdraw a year ago.

As a consequence, the Court may exercise its jurisdiction even after the withdrawal became effective for Burundi as long as the investigation or prosecution relate to the crimes allegedly committed during the time Burundi was a State Party to the Rome Statute.

The Prosecutor is also authorised to extend her investigation to crimes which were committed before 26 April 2015 or continue after 26 October 2017 if certain legal requirements are met.

The court urged the government of Burundi to cooperate in the investigation since it was authorised on October 25, 2017, prior to the date on which the withdrawal became effective for Burundi.

“This obligation to cooperate remains in effect for as long as the investigation lasts and encompasses any proceedings resulting from the investigation. Burundi accepted those obligations when ratifying the Rome Statute,” the ICC judges said in a statement.

According to the judges, the Burundian authorities have remained inactive in relation to potential cases arising out of the situation in Burundi.

That despite the establishment of three commissions of inquiry and certain proceedings before domestic courts, the Chamber found that these steps were either deficient or did not concern the same persons or the same crimes that are likely to be the focus of an ICC investigation. 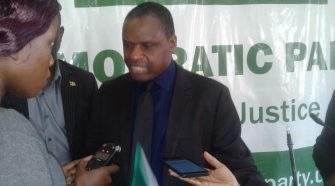 DP: Museveni Can Only Guarantee MPs’ Security by Stepping Down