Kenya’s Independent Electoral and Boundaries Commission, IEBC has announced the date for the repeat presidential polls as ordered by the Supreme Court on Friday last week.

Following a meeting on Monday, the Electoral Body announced that Kenyans will be back to the polls on October 17 2017 in what is considered by many as a grand face off between Raila and Uhuru.

According to a statement issued by IEBC Chairman Chebukati, there shall be no fresh nominations and only Raila Odinga and Uhuru Kenyatta will appear on the ballot paper. 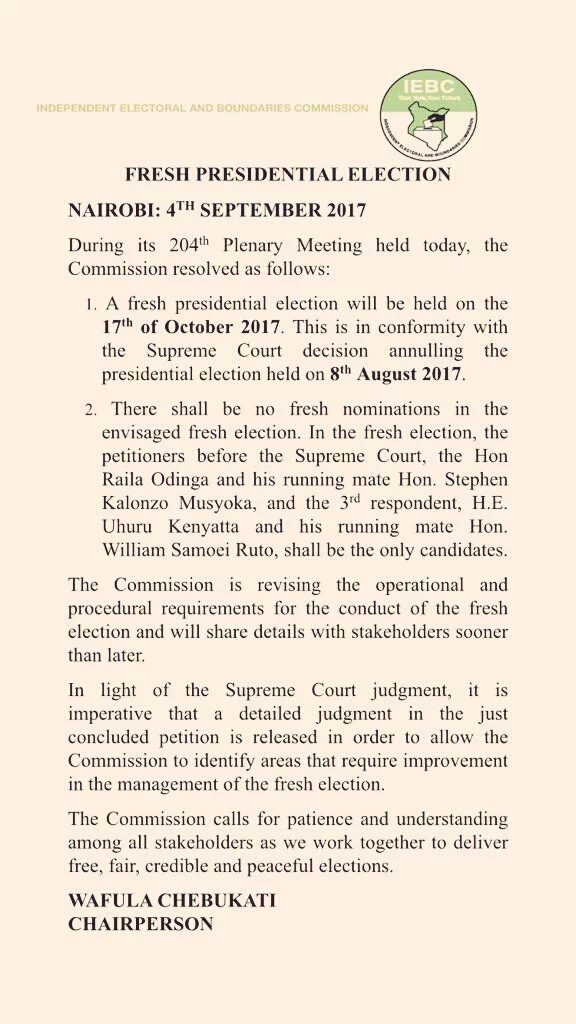 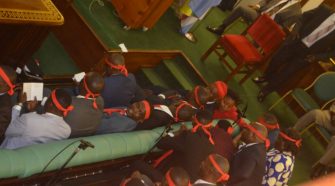