The Inspectorate of Government has arrested and charged an official of the Ministry of Local Government for causing loss and embezzling of Shs 29m.

The official has been identified as Moses Byanguye, 46, who works as the Senior Inspector in the Ministry of Local Government.

He was arrested on Thursday morning.

The suspect also faces a charge of false accounting by a public officer contrary to Section 22 of the same Act.

It is alleged that between the months of February and May 2015 while employed as a Senior Inspector in the Local Government Ministry, Byanguye irregularly paid Shs 4.95m to Christopher Magezi, Abdu Mugalu and Charles Namansa with knowledge or reason to believe that his act would cause Ministry of Local Government financial loss.

The Head of the IGG’s Prosecution Unit also alleges that in the same period, Byanguye stole Shs 23.4m funds that belonged to the Ministry.

The suspect was due to appear at the Anti-corruption court on Thursday morning.

13 hours ago
News in Pictures 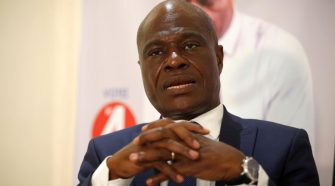