The Inspectorate of Government has arrested Abdullah Kasigwa, a Principal Urban Officer in the Ministry of Local Government for allegedly embezzling public funds amounting to Shs 1bn.

Abdullah was arrested on Thursday last week and is expected to appear at the Anti-Corruption Court today, Monday.

He is being charged with embezzlement contrary to Section 19(a) (i) (iii) of the Anti-corruption Act 2009.

Prosecution alleges that during the financial year 2014/15, Abdullah being a Principal Urban Inspector in the Ministry of Local Government stole Shs 1bn belonging to the government of Uganda.

The IGG’s Office says he received the said money as a facilitation credited to his bank account for the implementation of Ministry activities which he did not.

Prosecution says the accused had access to the said funds by virtue of his office.

He also faces charges of causing financial loss contrary to Section 20 (1) of the Anti-corruption Act of 2009, and false accounting by a public officer which contravenes Section 22 of the same Act.

He is accused of furnishing false statements to a tune of Shs 900m.

The charges have been preferred by Brenda Kimbugwe Mawanda, the Head of Prosecutions in the Inspectorate of Government and consented to by George Bamugemereire, the Deputy Inspector General of Government. 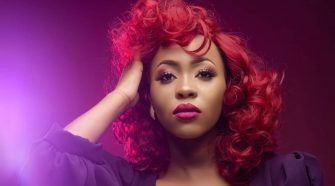 VIDEO: Dina Rukoti, the Budding Female Singer to Look Out For