In the run up to a week characterized by electoral activities, the Inspector General of Police (IGP) Martins Okoth Ochola has cautioned police officers against arbitrary arrests and all sorts of excesses during the elections.

During this week, the Electoral Commission will hold a set of elections at different levels of local governments as well as Parliamentary elections in the six new municipalities. The electoral exercise which began today is scheduled to run until July 27.

Among the elections to be conducted are women committees, parish chairpersons, Mayors, councillors and MPs in the new municipalities.

It is this process that has prompted IGP Ochola to issue guidelines to the police officers in order to safeguard the exercise but also ensure they do not get involved in unlawful acts.

“It is noted with concern that it is a fully packed week and elections have evoked emotions that sometimes sparked off election related offences,” the Inspector General of Police, Okoth Ochola said in his statement.

He cited places like Bugiri, Njeru and Sheema where elections have resulted in chaos and criminality calling on police officers, political candidates as well as the electorate to ensure that there is no repeat of such.

“There are allegations of arbitrary arrests, intimidation and all forms of abuse in all forms by elements within the security sector,” he added.

If it has happened at all, noted the IGP, it must be stopped immediately and that “all officers must ensure that no abuse is occasioned on the citizens”.

Regarding the use and magnitude of force to be used by police officers during the electoral process, Ochola asked, unit commaders to clearly brief all officers deployed on guidelines on use of force.

He however reminded the officers that principles of necessity, legality, proportionality and non discrimination must be observed.

“Police must ensure that these elections go smoothly. All unit commanders must assess threats and deploy adequately and monitor the process to ensure conducive environment for the citizens to exercise their constitutional rights of electing leaders of their choice without fear or intimidation,” he cautioned.

He has given assurance that police will be visible and that strategic deployments will be made based on intelligence.

To the politicians taking part in the process, the IGP has appealed for “mature and clean politics”.

“Candidates should exercise maturity in talk and action. Language that incites electorate into violence must be avoided”.

In addition he cautioned the media against reporting information that is untrue or not properly researched. 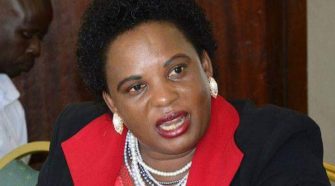