The Speaker of Parliament, Rebecca Alitwala Kadaga has disagreed with the move by Parliament Commission to contract MTN Uganda to pay Over the Top (OTT) services tax and internet services for legislators’ iPads.

Parliament is set to spend at least Shs 16.5 million per month in provision of internet and over the top (OTT) services for about 460 members of Parliament on their iPads.

The bidding notice indicates that MTN will provide a 5GB monthly bundle at Shs 30,000 and Shs 6,000 OTT tax for each MPs’ device per month meaning that Parliament will spend Shs 36,000 for each MP per month.

However, while meetimg journalists under the Uganda Parliamentary Press Association (UPPA) at Parliament on Thursday morning, the Speaker said she was not aware of the contract signed between Parliament and MTN to provide data and OTT to Members of Parliament.

“I haven’t seen the agreement but I don’t believe that the public should pay OTT for MPs. I don’t support it,” Kadaga said.

She added that, “I don’t agree with that decision and I am going to investigate who took that decision and if there is a contract, we will have to scrutunize it because I don’t believe tax payers should pay MPs’ taxes, that is our duty as MPs to pay because we are carrying out our duties”.

When reports emerged in the media regarding the contract between MTN Uganda and Parliament, a large section of the public have castigated legislators for being insensitive and selfish, instead of legislating in the interest of the larger population.

The Parliament Commission is set to address journalists over the matter shortly. 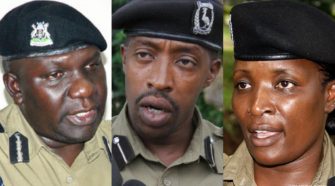