Senior Presidential Adviser on Media, Joseph Tamale Mirundi has Monday been discharged from Kisubi hospital where he was admitted last week after suffering from a strange illness.

He is said to have been weakened by a condition that his family and doctors are yet to disclose to the public. Some media reports had falsely reported that the controversial presidential adviser had passed on.

But on Monday afternoon, Mirundi spoke on phone with Steven Dunstan Busuulwa who hosts him on Mondays on Top Radio. He said he has no intentions of being flown abroad for further medication.

“Those who say that I am dead will die before me, I am alive and I can’t even go abroad for treatment. In fact, I don’t need people to solicit money for me if I needed specialised treatment because our family has money,” Mirundi said.

“I will not be flown out of the country, I will remain here because I am not the first patient. Claims that I was taken out of the country are false, my sickness can be healed here. It is the Mafias who are claiming that I am dead or flown out, of course because I had turned into a thorn in their flesh,” he added.

According to Mirundi, the President sent him a person to asses whether it was necessary for him to be taken out of the country but he objected because there was no need for it.

He says he has fully recovered and is ready to resume his normal activities including his daily radio and television talkshows.

“I am only resting for now but I will come back for them (Mafias), I even wanted to feature today on Top Radio but my family stopped me. Let the people rest assured that I am alive, not dead and we are rich at home,” Mirundi said.

He claims that dozens of his wealthy friends stormed the hospital on receiving news that he had been admitted and carried him huge sums of money.

“These people thought I am sick because of poverty, no. The President sent someone on Monday and he again did it today but I told them that my problems do not necessitate to be flown out of the country. I fell sick from here and I will heal from here,” he said.

“My son Ham Kiggundu, Sudhir Ruparelia, Salim Uhuru, Frank Gashumba, Lawrence Mulindwa and others collected bags of money in their respective capacities, so we have money, we don’t need to beg for it,” he said.

Mirundi who served as President Yoweri Museveni’s Press Secretary for 13 years uses his media talk shows to analyse political developments in the country. Many say he uses them to attack individuals in government whom he disagrees with. 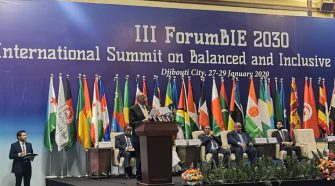