The Inspector General of Police (IGP), Martins Okoth Ochola has revealed that Police will in the coming year focus on serious criminals who undermine the security of Ugandans and foreigners in the country.

This is contained in his Christmas message to the country on Monday.

Ochola says this ending year has seen Police register a number of challenges and computing demands on crime and safety including select incidents of violent crimes which had created fear in the public, but Police did all within their means to normalise the situation.

“We worked tirelessly throughout the year, after adopting several strategies and initiatives that helped crack down on the violent crimes of murder by shooting, aggravated robberies and kidnappings,” the IGP said.

“We also made improvements on how we conducted intelligence and investigations, recruited more Police officers to enhance our manpower intensive practices like patrols and visibility and also profiling and pursuing known repeat criminals,” he adds.

He says Police’s intensified operations in the third quarter of this year, ensured that very dangerous suspects who were behind the violent murders of boda-boda riders, mobile money dealers and innocent civilians were arrested and charged to court.

The IGP cited sting operations which were conducted to tackle the growing problem of dealers in suspected stolen properties particularly of mobile phones, other electronic gadgets, motorcycles and thefts of utilities like pylons, cables and pipes.

“We plan to continue with our operational activities in the New-year, with a focus on serious and dangerous criminals, who undermine the safety of Ugandans and visitors to our country.”

Some of the violent crimes that characterized this year include the double kidnapping and murder of Maria Nagirinya Gateni, the Assistant Project Manager at CIDI an NGO based in Muyenga and her driver, Kitayimbwa Ronald in September.

The duo was kidnapped at Nagirinya’s gate in Lungujja Busega Community Zone at around 11pm and the abductors then drove them in Nagirinya’s own car to an unknown destination before killing and dumping their bodies in Nakitukuli, Mukono district.

The other case was the shooting of Nteyireho Ruhegyera Joshua and Merina Tumukunde by unknown assailants at Nambigirwa bridge along Kampala-Entebbe expressway in Katabi town council in Wakiso district. 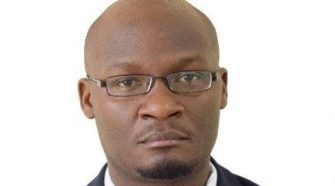