President Yoweri Museveni says that authorities should consider restoring the death penalty into the country’s constitution in order to put a stop on murder of Ugandans by some criminals.

He said this in a Facebook post after the burial of a former International Hospital Kampala (IHK) doctor, Catherine ‘Cathy’ Agaba, which he attended.

Doctor Agaba went missing on April 13, but after a search for a number of days, security operatives led by the Chieftaincy of Military Intelligence (CMI) arrested a security guard suspected to have murdered her. The guard who was working at the apartments where Catherine rented led security to the compound in Muyenga where the doctor’s body was found dumped in a septic tank.

The suspect who was arrested from his country home in Apac, Northern Uganda, said the late had been reporting him to his boss (owner of the apartments) whenever he absconded from duty.

The guard was also found with some of Agaba’s property including phone and woofer, according to CMI.

He was Wednesday charged with murder and aggravated robbery.

Now, the President who described the late Dr Cathy as a young girl with so much potential to the country, says her murderer “should not have the luxury of going to prison.”

“I am deeply saddened by the death of this young girl, and others before her. We must move decisively to deter such heinous and senseless acts of crime. We shall now put out fire with fire,” Museveni said.

He says when the National Resistance Army (NRA) took power, it made some alterations in some punishment methods.

“The death penalty was one such alteration. However, over time, it is clearer that we need to amend the law,” said the President in his post.

“Parliament should look into this legislation, to complete the cycle of work done by a few good elements of Police, alongside the army intelligence in apprehending such criminals as this one, who had escaped with the deceased’s property to his village,” he added.

The President thanked the father of the deceased for educating his children despite being of “humble means”.

He added that he was pleased to learn that Dr Cathy’s siblings include a computer scientist, an accountant and a soldier.

This is not the first time President Museveni has hinted on reinstating the unpopular death penalty.

In January 2018, Museveni said he had intentions of reviving the death penalty for individuals convicted of serious crimes like murder.

The President stated that although he has not signed death penalties for 3 decades because of his Christian faith, the rising trend in crime might force him revise his position on death penalty saying that his leniency was not helping in solving crime.

“I believe that this leniency is becoming a problem. I am going to revise this and hang a few. We must hang some of these people because if you see how they kill people, they deserve to be killed,” Museveni said at the time.

His comment however, attracted dissenting views from the civil society and rights activists who say the decision would be retrogressive to strides made by Uganda over the years.

He would later reaffirm his position on the matter saying that removing the death sentence is a recipe for chaos. 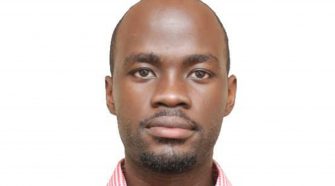 OPINION: Divorce Your Personal Brand from that of Your Workplace