Coming from a sit down strike that saw the Cranes of Uganda miss a couple of training sessions, the Ugandans will tonight face Africa’s best ranked footballing nation, Senegal at round of 16 in the ongoing Africa Cup of Nations (AFCON) final tournament in Egypt.

Ugandan football players had boycotted training over claims that football governing body, FUFA had not respected some of its pledges in terms of their bonuses and allowances, a claim refuted by the federation, saying it had fulfilled all the terms in the Code of conduct signed by the players.

It took the intervention of sports minister Charles Bakabulinde and commitment by FUFA on Wednesday to pay an extra USD 6,000 to have the players back for training late Wednesday and the last session on Thursday evening.

Team captain, Denis Onyango, at the official prematch conference told reporters that normalcy had returned into the camp and the team was ready to take on the West Africans.

His words were re-echoed by the Head Coach, Sebastian Desabre who noted that his men are positive, focused and coherent for the game tonight.

“We are focused to come strongly against Senegal. Like we played against DR Congo and Egypt, the team is coherent and positive. We trained well on Wednesday and shall conduct the final session on Thursday. All the players are set,” said Desabre on Thursday.

Senegal qualified after finishing second in Group C and will draw on the confidence gained from the 3-0 win over Kenya on Monday as they look to go all the way in the competition and tactician, Aliou Cissé, may keep with the same XI that earned a comfortable 3-0 win over Kenya with goalkeeper Eduard Mendy injured and defender Salif Sane doubtful.

Uganda will have to work harder to outshine the Teranga Lions who history puts in a better position over Uganda. They have never lost to East Africans and will hope to maintain that record in tonight’s clash.

Uganda also finished second in their group but were far from convincing as they only won one game against DRC and a draw with the already eliminated Zimbabwe. They will need a much-improved performance to secure a place in the quarter-finals.

Frenchman Sébastien Desabre has no injury concerns ahead of this fame but he could make changes in the starting XI that were beaten 2-0 by Egypt, which would see Patrick Kaddu and Murushid Juuko return.

He is as well likely to revert to his favoured 4-2-3-1 formation after a 4-4-2 system failed to yield a positive result against the Pharaohs of Egypt. 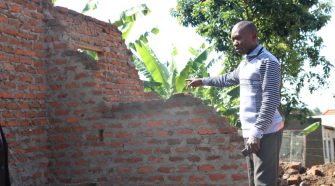