An independent body of the UN refugee agency has commissioned internal investigations into allegations likely relating to fraud, misconduct and exploitation to establish whether UNHCR staffers in Uganda were involved.

Teresa Ongaro, the UNHCR Senior Regional Spokesperson revealed to the press on Tuesday that the UNHCR Independent Inspector General’s office is “pursuing internal investigations on some serious allegations received at the end of 2017”.

Ongaro was hesitant to divulge details pertaining to the specific allegations that are being pursued, but it is likely that they are connected to the recent allegations that some officials at the Office of the Prime Minister (OPM) have been involved in fraud and mismanagement of resources meant for refugees in Uganda.

“We wish to reiterate that at UNHCR, we have zero tolerance for fraud and corruption, misconduct, and sexual abuse and exploitation,” UNHCR said in a statement on Tuesday.

The statement further says that; “Every allegation is thoroughly assessed and if substantiated, leads to sanctions against the concerned staff member, inclusive summary dismissal”.

As to whether the Agency has relieved any of it’s officials of their duties as the probing takes course, the Senior Regional Spokesperson said; “I am unable to comment on whether UNHCR officials are involved. The allegations were directed to the Office of the Inspector General and it is a completely independent and confidential process”.

No timeline has been given for the internal probe given “the unknown nature of the investigation and what it could lead to”.

Ongaro also dismissed claims that the UNHCR Representative in Uganda, Mr Bordwell Kantande has resigned in light of the corruption allegations, saying it is not true and that he is not being investigated either.

“He continues to be the UNHCR Representative in Uganda and he is currently on mission in Kyaka together with development donors, carrying out his functions”.

Meanwhile, UNHCR has revealed plans to undertake a biometric verification exercise of all refugees in Uganda between the months of March and September this year.

The verification to be conducted alongside government and other NGOs will be piloted in Oruchinga settlement in Isingiro district with a plan of verifying 18,000 refugees per day.

The exercise is one of the many safeguards being established to restore trust among refugee donor agencies and the international community.

Teresa Ongaro said that the recent allegations which have attracted global attention have placed Uganda at a risk of losing donor funding, with some donors already threatening to withdraw financial support should nothing be done to strengthen management.

“What donors have indicated is that they need reassurances that these mattes are being dealt wirth, especially allegations on refugee figures and that if they dont get these assurances, they might withhold funding. One way of giving this reassurance is carrying out the verification,” she said.

The UNHCR investigation coincides with another ongoing investigation by government into allegations against its officials, some of whom have already been suspended from work. 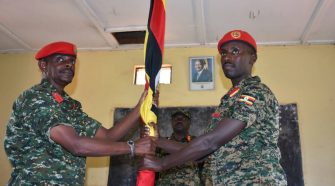