President Museveni has asked Indian businessmen to increase investment in Uganda for the benefit of both countries.

Museveni made the remarks during the Uganda- India business forum at Serena hotel assuring the Indian businessmen of a ready market for their products.

“Business is about money and money means that I buy what you produce, and you buy what I produce. Purchasing power drives business for our shared prosperity,” President Museveni told the fully subscribed business forum.

The President called on Indian investors to manufacture products in Uganda for the local market, the bigger regional East African market as well as the Indian market.

“Invest and produce for 5 markets; Uganda with a population of 40 million people, regional market of East Africa with 170 million people, the African market, the Indian market itself, as well as third party markets” Museveni said.

He informed the business forum that Africa had recently signed the African Continental Free Trade Area (AfCTA) in Kigali, which is a combined market of 1.2 billion that is fast increasing.

President Museveni informed the forum that export to the United States is now easy following AGOA’s opening of the U.S. market to 6500 products, quota free and tax free.

The President directed the Private Sector Foundation to avail the Indian delegation a list of the said products.

He said that both Uganda and India can tap into this advantage to benefit their businessmen as well as grow their economies.

Museveni assured the Indian businessmen that the investment climate in Uganda is favorable for them to start business and they flourish.

Earlier, Mr. Elly Karuhanga speaking on minerals, oil and gas sectors and ease of doing business, informed the businessmen that the Ugandan cabinet had approved a new mineral policy and that one can now apply for licence online following the launch of the online registry last week.

The Indian Prime Minister, Narendra Modi assured his host that his country will always be ready to increase cooperation with Uganda.

“President Museveni is complaining and rightly so that there is trade imbalance tilted in favour of Uganda and we (India) should take steps to correct that,” Narendra Modi said to cheers by both Indian and Ugandan businessmen.

He however urged the businessmen to fully utilise the existing opportunities.

“There is no businessman anywhere in the world who doesn’t want to make profit. We have a perfect win – win position but we are not making the most of the opportunities that exist, Narendra noted.

He also called on Ugandan businessmen to add value to the products to attract higher prices.

“If you sell cotton as a raw material without processing it to apparels, the buyer will determine the price,” Modi explained.

He listed human resource development and value addition to natural resources as some of India’s priorities.

On President Museveni’s request for the premier to share his experience on India’s progress that Ugandan Ministers can learn from, Narendra Modi cited his country’s progressive policies and tax regime.

“India is policy- driven, because of its predictable tax system, investments are eased. When there is such clarity, business and trade are facilitated,” Modi noted.

Modi who is on a two-day state visit to Uganda will depart on Wednesday afternoon for South Africa. 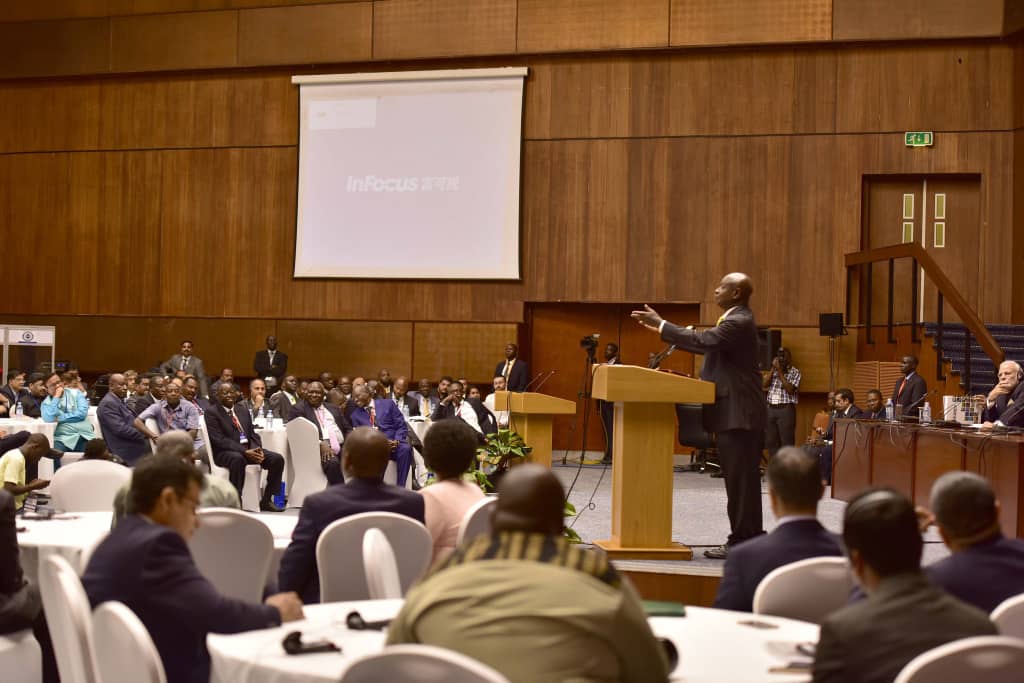 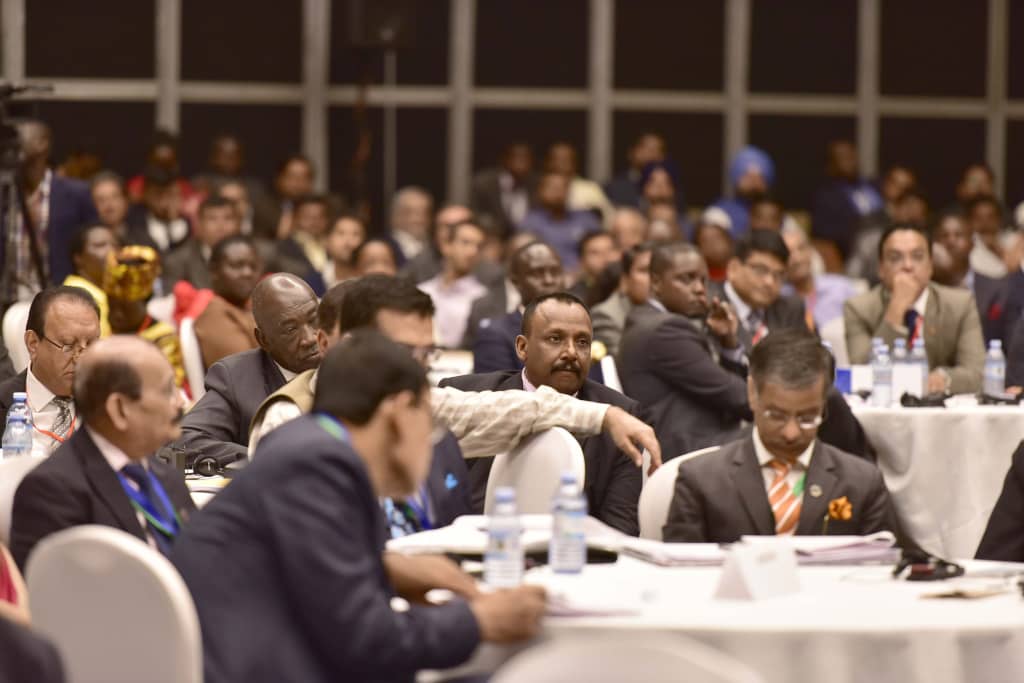 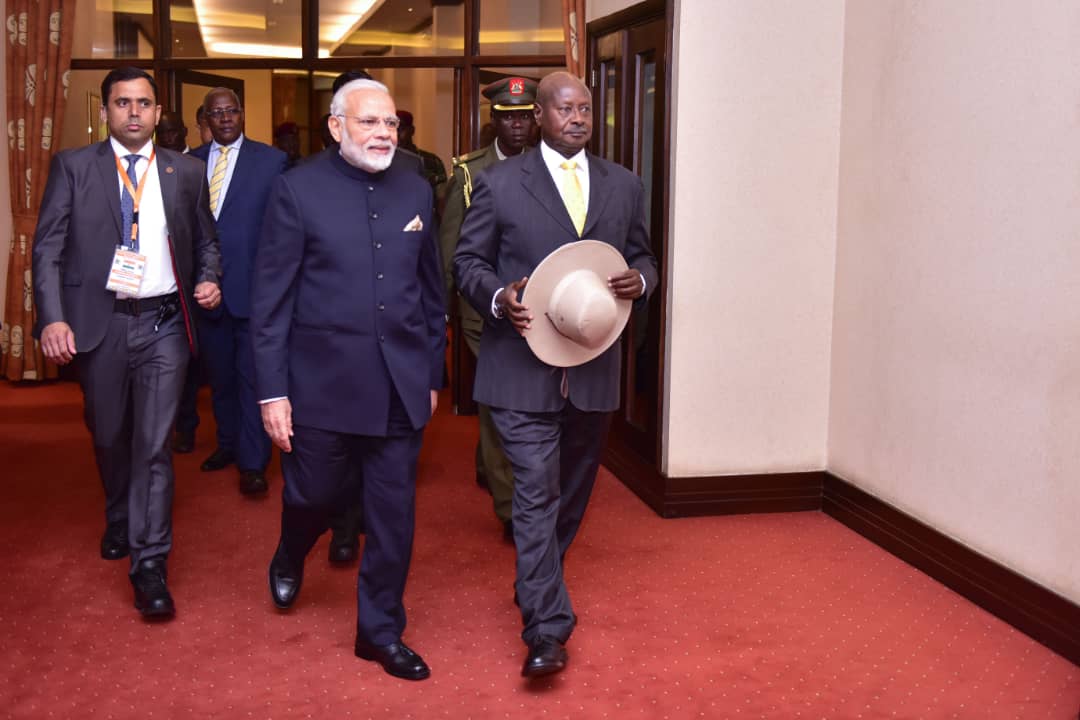 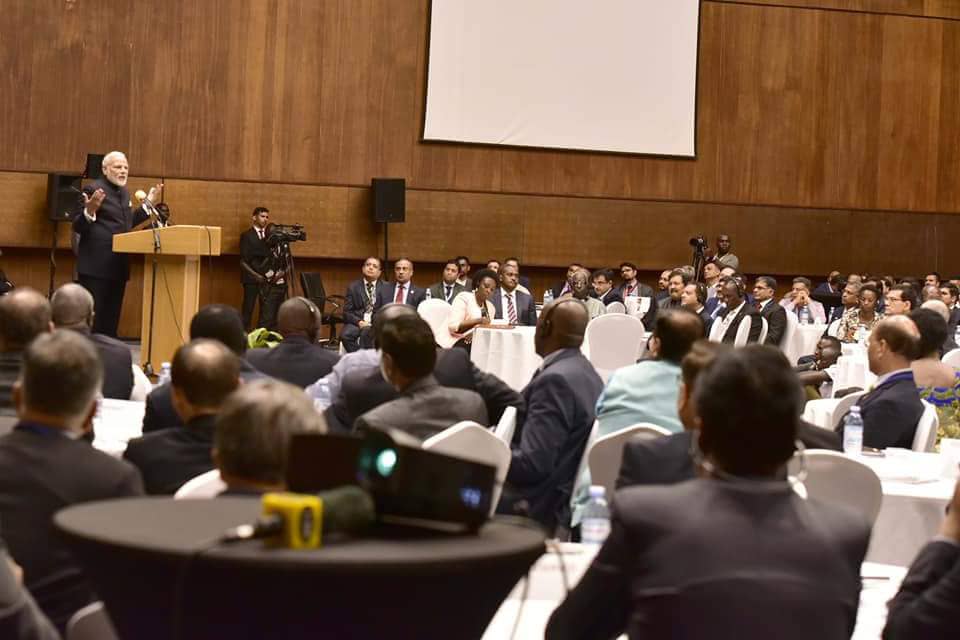