President Museveni with other Heads of State and international delegates who attended the conference on Sustainable Blue Economy, in Nairobi.

President Yoweri Museveni has cited politics, rising numbers in population and industrial driven pollution as some of the factors inhibiting the adoption of sustainable blue economies in Africa.

The President made the comments on Monday while in Nairobi, Kenya where he was attending the first ever global conference on Sustainable Blue Economy.

Co-hosted by Kenyan President, Uhuru Kenyatta together with Canada and Japan, the summit brought together global leaders in making pledges and commitments to the blue economy.

The three-day gathering seeks to harness the promise and address the vulnerabilities of the blue economy.

In economics, the concept ‘blue economy’ relates to the exploitation and preservation of the marine environment, but its scope of interpretation varies among organizations.

The Center for the Blue Economy defines the concept ‘blue economy’ as the overall contribution of the oceans to economies, the need to address the environmental and ecological sustainability of the oceans, and the ocean economy as a growth opportunity for both developed and developing countries.

President Museveni underscored the importance of a sustainable blue economy upon which he said human survival relies.

“Why call it blue economy? Why don’t you call it life? What we are talking here is about life because there is no life without water,” Museveni said in his remarks at the conference.

“We should find a way of highlighting the linkage between survival of species and what we are talking about here”.

He explained that the oceans and other inland water bodies provide among other things rainfall, transport, fish, energy (from ocean wind and hydro power), water for consumption and production as well as moderating the climate.

He however noted a number of factors standing in the way of efforts towards a sustainable blue economy. One of them, according to the President is soil erosion which is due to interference with vegetation that would otherwise filter the soil carried by the run-off.

Museveni cited pollution by industrial affluence driven by greed which he said “is manifested in the use of cheap and often times dangerous inputs with the sole objective of maximizing profit, even at the expense of the environment”.

He also blamed the vastly used rudimentary farming methods that have resulted into soil erosion. He pegged this to the fast rising population that has exerted pressures on natural resources leading to problems like overfishing, encroachment on wetlands and forests deforestation.

While governments reserve the authority to enforce laws so as to curb these challenges, Museveni was candid on the soft approach that is often necessitated by political interests.

“African governments also struggle to enforce some plans because of electioneering processes. How do you chase encroachers who are voters from a forest?” he asked the delegates.

“In Uganda, we are trying to bribe our people who invaded wetlands to get out. It’s a type of bribe but it’s better than crudely removing them because that would cause other problems – since we need votes,” Museveni joked.

Nonetheless, he outlined some of the interventions that government is undertaking to address the problem.

These include discouraging cultivation on steep gradient areas, fighting poor fishing practices, electronic registration of all vessels operating on our waters and protection of vegetation at least 200 metres to the lake shores or 50 metres to the river banks.

The conference was attended by other Heads of State and Government, including Filipe Nyusi of Mozambique, Abdullahi Mohamed of Somalia, Dr. Ali Mohammed Shein of Zanzibar and Danny Faure of Seychelles. 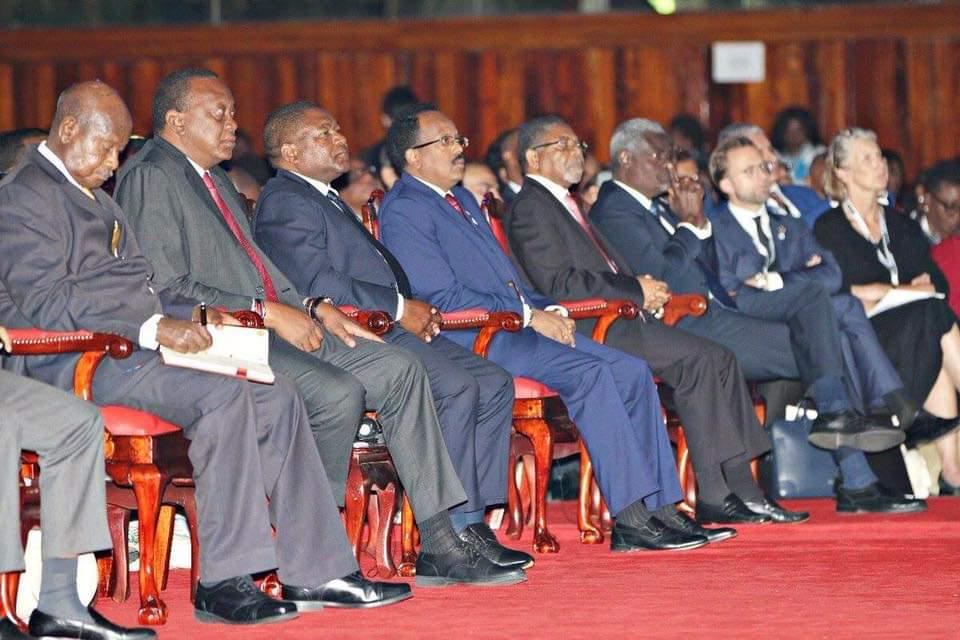 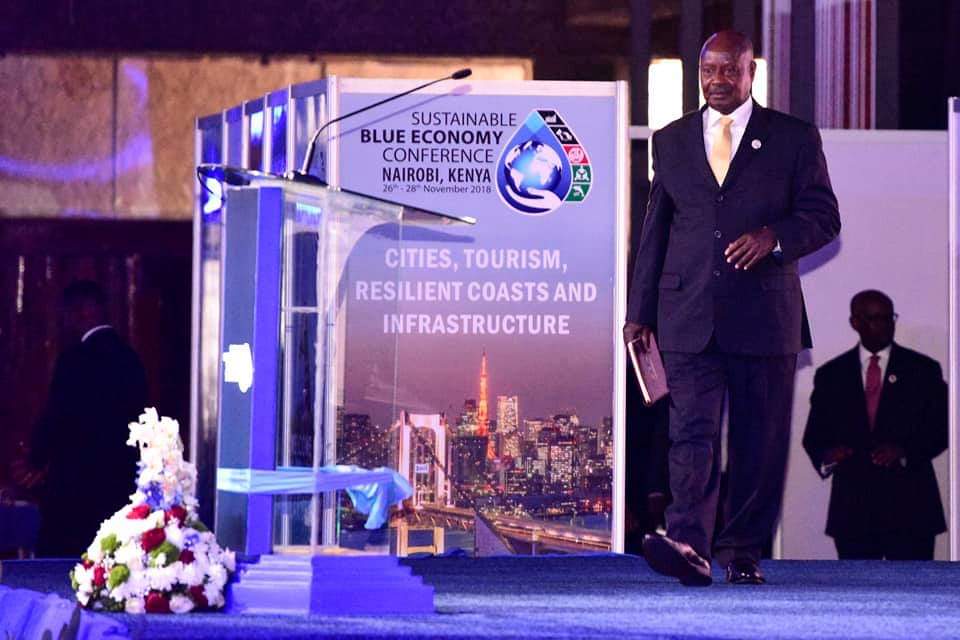 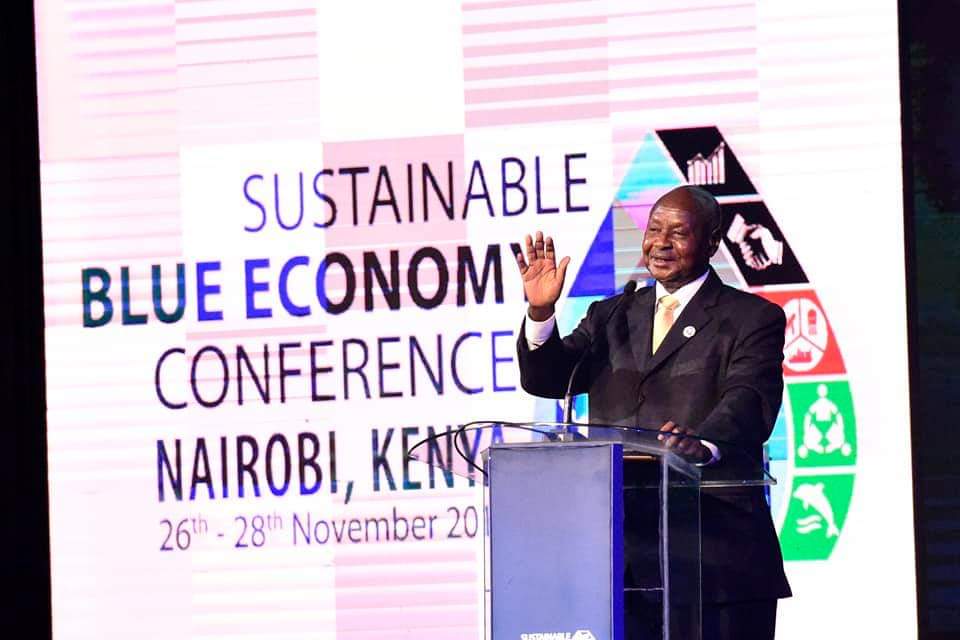 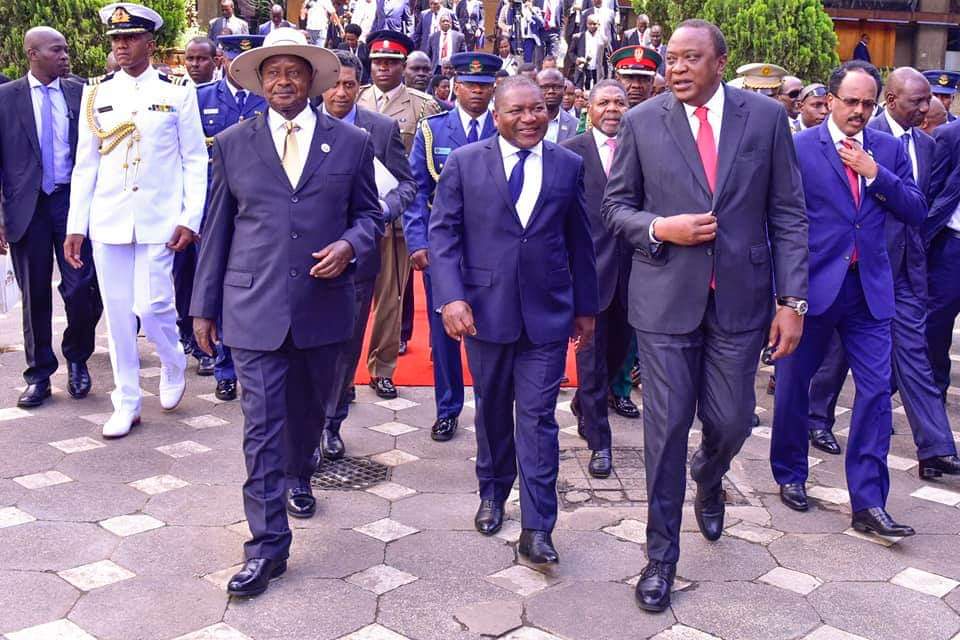 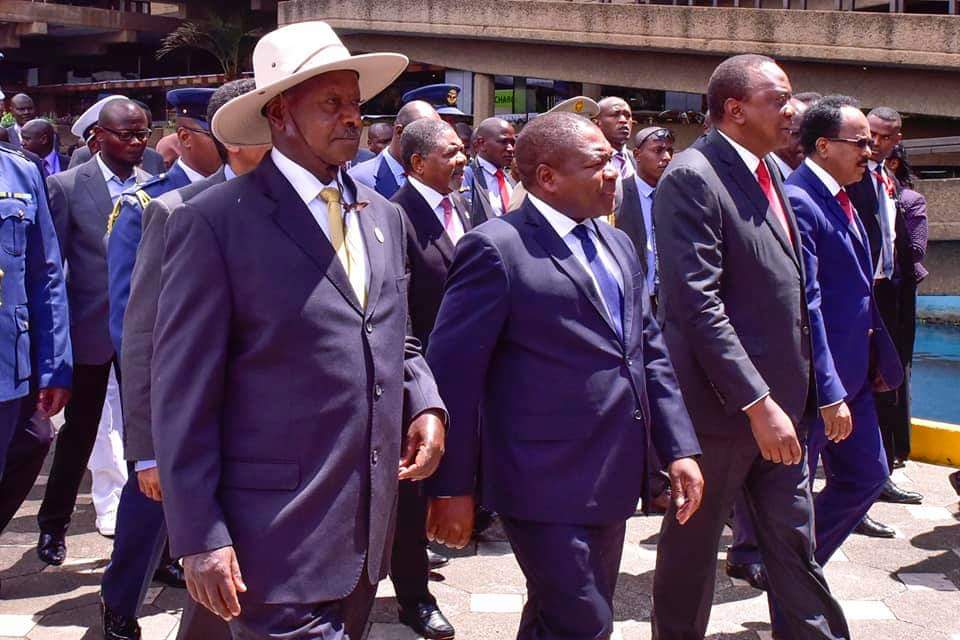