The 3,000 seater indoor netball facility at Makerere university that was constructed by the UPDF.

Makerere University has a new indoor sports facility – a netball court where it is hosting the 3rd FISU World University Netball Championships, and it is all thanks to the spirited work of UPDF engineers.

The 3,000 seater facility was unveiled a few days ago during the opening of the games at Makerere University. It was constructed by the engineering brigade of the UPDF.

Valued at Shs 5.57 billion, the netball facility includes a 3,000 seater pavilion, stadium, offices, washrooms, parking space and access roads. It sits between the Nkrumah hall and the university’s basketball court.

According to the UPDF chief of engineering Brigade, Brig Eng Sabiiti T Mutebile, the construction of the sports facility was in line with President Yoweri Museveni’s support to Makerere University to host the world sports event which closes on September 21.

Kenya, Singapore and USA South Africa, Zimbabwe and Sri Lanka are some of the teams in the competition.

The facility is the only and first standardized international facility to be constructed in East and Central Africa region.

In June, Makerere University approached the President seeking support in line with hosting over 12 international netball teams for the ongoing games. The President in return gave a directive to the army to construct the court.

However, the facility is not yet completed. Brig Eng Sabiiti attributed this to the delay in funds and the torrential rains which affected work progress. Civil works began last month. 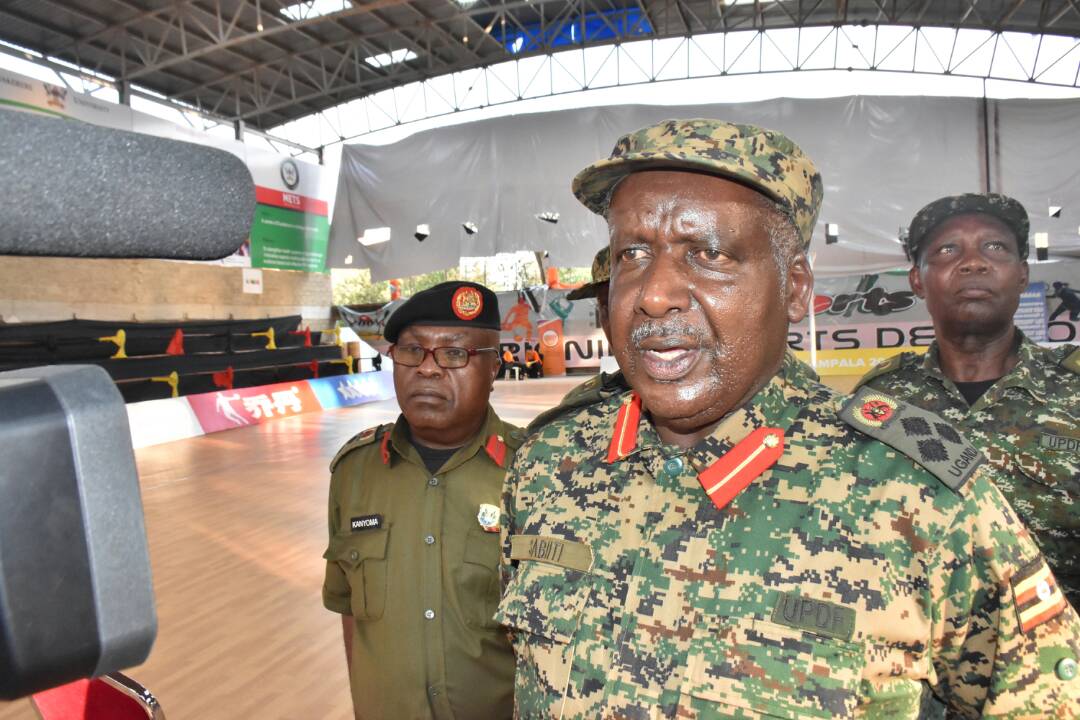 Ms Peninnah Kabenge, the Principal Sports Tutor at Makerere University and Secretary General of the Federation of Africa University Sports, said that the UPDF Engineering Brigade will officially handover the facility before the end of September 2018.

“I am optimistic that by the time UPDF [Engineering Brigade] give us the facility, 90 per cent of the works will be done with just a few paintings and designs left. It shall be set for use,” she said.

The UPDF engineering brigade has over 2,500 professional engineers of which 120 are university graduates, 500 are diploma holders of varrying engineering specialties ready to take on any engineering task allotted to them.

In a statement, the UPDF revealed that its personnel had to work three shifts 24/7 to beat the deadline so as to have the facility ready for the games.

“UPDF is known for not only working under tight deadlines, but also producing quality work. For this project they have had three shifts working day and night,” read the statement.

The International University Netball championship is a women’s indoor tournament with a maximum of 12 teams competing.

This isn’t the first time UPDF is involved in construction of physical infrastructure in Uganda.

In 2012, ahead of the 50 years celebration of Uganda’s Independence, President Museveni, gave UPDF Engineering Brigade a directive to reconstruct Kololo national ceremonial grounds which would host the events.

Within only three months, the pavilion, the ceremonial ground, access roads, parking yard, offices had all been completed.

This was a record time that any other Uganda private construction company would have found difficult to accomplish.

In 2015, as the country prepared for the annual Martyrs Day celebrations, the same engineering brigade of the army was brought on board to reinforce the contractor (ROKO construction) in giving the Catholic Martyrs’ shrine a facelift.