President Yoweri Museveni on Sunday revealed having talked to his Rwandan counterpart Paul Kagame on synchronized efforts as East African Community Partner States to jointly combat the spread of Covid-19 in the region.

President Paul Kagame is the current Chairperson of the EAC which gives Rwanda the mandate to organise and schedule meetings of top organs of the EAC.

The President was responding to questions by Ugandans on social media read out to him by the Senior Presidential Press Secretary Don Wanyama after after the President’s address to the nation where he gave an update on the country’s progress in fighting the pandemic.

Wanyama told the President that some Ugandans were wondering if there is a concerted effort by the East African region in tackling the disease since different countries seemed to be taking different approaches and interventions in combating the pandemic which has killed more than 160,000 people globally.

In response, the President said that he had earlier talked to Rwanda’s President and both leaders had agreed that Kagame in his capacity as the EAC Chairperson convenes a meeting of the regions’s ministers of Health via video conferencing. He said the meeting was indeed held.

“I spoke to His Excellency Kagame quite early-on and we agreed that he, as the Chairperson of the East African Community gets the Ministers of Health to video conference and agree on some measures and they did,” said the President.

“So, of course these are different countries, they may not do exactly the same things but I think there are certain things they agreed on, those ones will be done in a similar way – what they didn’t agree on, each country will do what they think is right,” he added.

The meeting was chaired by Rwanda’s Minister of Health Daniel Ngamije via video conferencing and ministers shared existing knowledge and information on the COVID-19 outbreak, deliberated on the COVID-19 Pandemic, mapped out containment strategies to stem out any further spread of the disease in the region and developed a plan to mitigate against impacts caused by COVID -19 pandemic in the region.

They directed all Partner States to continue implementing mandatory quarantine for 14 days for all travelers to the region and avoid imported cases by implementing strict screening procedures at all border points.

The health and EAC affairs ministers resolved to maintain suspension of EAC regional face-to-face meetings and urged EAC Organs and institutions to utilize Modern Technology such as video-conferences, Webinars and Skype Calls for holding such meetings until such a time when the situation has been contained.

They directed all Partner States to implement 100% exit and entry screenings by applying the multilayer mechanism to avoid some loopholes, such as transit Passengers as well as resolving to facilitate free movements of goods and services in the region.

On goods carrying vessels, the ministers directed all Partner States to ensure that trucks carrying goods have only 2 – 3 crew members per vehicle to facilitate smooth border crossing in the region must be in good health. They agreed that if any crew members are screened and found to be at high risk or positive for COVID-19, the truck will be decontaminated before it is allowed to continue to its final destination and the crew members will be quarantined for 14 days according to the set national guidelines.

“In the event that the crew are quarantined while in transit, truck owners/operators make necessary arrangements to backup crew to ensure that good are delivered to the intended destination,” resolved the ministers.

“The crew for cargo planes and vessels will be determined by the specifications of the aircraft or ship and set international guidelines. The crew will be quarantined at a government designated hotel for the period of their stay,” they added.

Last week, Rwanda postponed the EAC Heads of State Extraordinary summit on Covid-19 preparedness that was to be conducted via video conferencing on Covid-19. Kigali said the postponement to a later date was at the request of South Sudan.

Since assuming the Chairmanship of the EAC, President Paul Kagame has never held any Summit of the EAC Heads of State. 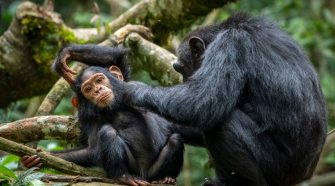