The last few days have seen an avalanche of attacks from the State Minister for Privatization and Investment against Bemanya Twebaze the Official Receiver also Administrator of insolvent Uganda Telecom Ltd (UTL). The attacks have taken make dimensions – name calling, tainting and a consistent narrative that seeks to portray Bemanya as incompetent, unscrupulous and a saboteur.

In a space of three days, Minister Anite has written twice to the Attorney General and once to President Yoweri Museveni explaining that replacing Bemanya as the Administrator of the telecom is a matter of urgency. The reason the Minister advances is “government has encountered considerable difficulty dealing with the Administrator and has completely lost confidence in his ability to continue to serve the role of UTL Administrator”.

As such, she has asked that the Attorney General immediately applies to court to have Bemanya removed. She says the person to replace Bemanya will be named.

But the office of the Attorney General as well as that of the Auditor General, so far, have disagreed entirely with Anite especially regarding the legality of her approach in this latest debacle.

In his letter responding to Anite’s initial correspondence to the Attorney General, Mwesigwa Rukutana (Deputy Attorney General) says the Ministry of Finance under which Anite’s docket falls lacks the locus to apply to court to remove the Administrator from office” and that any such application is bound to fail.

Rukutana also disagrees with Anite’s argument that government has lost confidence in the Administrator, citing three occasions when the tenure of UTL’s Administration has been extended, two (occasions) of which, it was done with the consent of the Minister of Finance, Planning and Economic Development.

“This consent is evidence of satisfactory performance by the Administrator and the grant of an extension by court is further confirmation of this position,” Rukutana wrote.

In April, the Auditor General, John Muwanga advised the Minister of Finance that any request for a special audit on UTL at a time when the company is under Administration may potentially pose legal challenges, unless it has been sanctioned by court.

He further advised against such an investigation of UTL at a time when the administrator is in advanced stages of identifying an investor. This, Muwanga said, is likely to affect any potential investors’ views about the company.

Anite’s aggressive push in the last one week, for changes in the Administration of the telecom raises many questions concerning her intentions, integrity, judgment and whether her calibre suits the position she occupies. And some observers are already reading it to imply ignorance of the laws that guide insolvency, particularly government’s limits in the affairs at UTL under the circumstances.

Sources that are well versed with the process of Administration of the insolvent Telecom disclosed to SoftPower News that Anite’s behavior is a manifestation of her vested interests (personal) in the bidding process at the telco, which interests have been failed.

Anite’s approach towards this process has been very personal, sources who preferred anonymity told this website. They say the Minister has gone to great lengths to behave devoid of civility towards anyone that stands in her way (her interests).

UTL which is owned by the governments of Libya and Uganda was placed under receivership in April of 2017 on recommendation of the UTL Board, after the telco suffered rising debts to a tune of Shs 539bn. It had cash flow shortages, capitalization challenges and insolvency petitions were piling. The firm’s creditors were in excess of 100.

Since then, the Administration has been working to revamp UTL, make its operations competitive and effective and position it as an attractive investment venture so as to settle its debts. Some of the investors who bid for UTL included Taleology Holdings GIB Limited from Nigeria and Mauritius state-owned firm Mauritius Telecom.

Our sources say Minister Anite was in cahoots with the Mauritius firm as a broker, and was hell-bent on seeing the firm win the bid. The Minister was bankrolled handsomely to see this deal through. ‘Anite’s firm’ had made an offer of USD 40m while Taleology had Shs USD 60m.

When similar allegations came to the fore in 2018, Anite said some people were envious of her job. Asked by the Observer about reports connecting her to soliciting for bribes from investors, Anite explained that some people who do not like President Museveni did not like her and it is the reason they attacked her.

Even when basic rules of trading would give preference to the highest bidder, in this case Taleology, Minister Anite insisted government should instead pick Mauritius Telecom. Anite’s choice of the bidder was rejected by Bemanya.

In fact sources say that when she made the proposal during a Cabinet sitting, most members were shocked at the fact that Anite could not comprehend a principle as basic as this.

Now, a reliable source has it on good authority that the officials from Mauritius Telecom are in town (Kampala) as of June 28 and they demand that their deal with Anite is sealed or else the Minister refunds their monies. It is this pressure that explains the full-throttle conduct with which Anite is committed to ensure Bemanya who previously put his foot down and rejected her choice of bidder, is removed.

One of our sources laughed at the idea that Anite alleged that there is a cartel that prefers that UTL ends up in liquidation, yet she herself has used her office (which deals with investors) to be a broker, a process from which she has allegedly amassed abnormal wealth.

Whereas the Minister wants everybody to believe that the Administrator has done nothing but fail UTL, insiders at the telecom say UTL is a better company than it was prior to April 2017 (when it was placed under receivership).

The debt declared by the former Managers of UTL amounted to Shs 709bn at commencement of Bemanya’s Administration. However, a creditor verification (assessing proof) sanctioned by the Administrator later discovered that the actual debt was in fact Shs 539bn.

Similarly, UTL’s assets were valued at USD 84m compared to USD 40m that the Management of UTL had declared.

“The numbers were all fictitious. The debts were inflated and the assets were under-declared. The idea was for them [Managers] to portray UTL as a company that no longer had value, so it can be liquidated and they have a piece of it,” the source told SoftPower News.

As a result of Bemanya’s efforts, UTL’s network availability has grown to 95 percent from 75 percent prior to the period of Administration. As one of the initial efforts to make UTL leaner, the Administrator reduced the wage bill to affordable amounts and also scrapped the wasteful allowances to staff, especially the top Management. In total, this budget was cut by half from Shs 2bn. The top Management alone is said to have been taking 20 percent of the wage bill. The Directors each earned on average Shs 100m.

The Administration has managed to fix systems including paying service providers (such as TOTAL and Umeme) promptly which wasn’t the case initially. Other reforms include extension of fiber network by 250kms and expanding supply of UTL services (internet, voice, communication and Mobile Money) to 350 Ministries Departments and Agencies (MDAs) of government from 109.

It is important to note that all these reforms have been made entirely using internally generated revenue.

Recently, Anite told Parliament that the Administrator had stopped government from auditing UTL, to assess its financial status.

However, impeccable sources dispute this, saying the telco has been submitting regular reports on the company’s progress (financial and non-financial), and these reports have been copied to the shareholders (Ministry of Finance which holds government of Uganda’s shares and UCOM which holds the shares for Libyan government).

What is also in question is the attempt by Anite or government through the Auditor General to audit UTL under the circumstances, since this fundamentally goes against principles that govern insolvency. Insolvency implies that an entity (in this case, UTL) has been run down and it is unable to pay its debts.
When this occurs, there are always two solutions – either to place the company under receivership or to liquidate it and sell its assets so as to pay back the creditors. Receivership (Administration) is a process where a third party (in this case Bemanya) steps in to ensure the company is well managed since the assumption is that it was the poor management by those in charge of UTL that led the telco to this position in the first place.

“A shareholder cannot order an audit. You cannot audit yourself, because such an act would cause the creditors to lose confidence since to them, it is this very shareholder that led the company to be broke”.

UTL is jointly owned by the Ugandan government and that of Libya (through UCOM Limited). Uganda only has 31 percent shares in the telecom while Libya owns the remaining 69 percent.

The law (Insolvency Act) keeps the shareholders, creditors and Directors at bay for the period of Administration. According to the Administration Deed, a copy of which SoftPower News has seen, it was the creditors who voted to have the Official Receiver (Bemanya) serve as Administrator of UTL. The same document states that the Deed can only be terminated by an order of court or if the creditors resolve to terminate for the company’s breach. Therefore it is irregular for the Minister to engage the Attorney General on replacement of the Administrator when the Attorney General represents government that is a shareholder and lacks the powers to sanction this process.

“Before the Administrator came in, UTL had last been audited in 2013 (4 years before). She (Anite) was already Minister by 2016. Why didn’t she order for an audit at the time? Why now when she has no powers? It simply means she failed,” a source wondered.

For an audit on UTL (during its insolvency) to occur, it has to be undertaken by an independent entity which government is not, the source added.

“What all this points to is the Minister’s ignorance of the law. She should have sought interpretation on where her powers end. I have also heard her say government of Uganda is the majority shareholder. This isn’t true because government only has 31 percent in UTL”.

Also, contrary to what the public has been made to believe – that Ministry of Finance is the supervisor of the Admonistrator – he is supervised (as Official Receiver) by the Ministry of Justice and as the Administrator by Court.

Similar to the Attorney General and Auditor General, officials in the Administration fear that the careless statements that Minister Anite has been making in the press pertaining to UTL could further make the telco’s future bleak.

“She is killing investor confidence because of the way she is portraying the company. She is killing the value of UTL and the environment for doing business in Uganda,” one official told this news website.

The sources this news website spoke to said Bemanya’s record and character of credibility speaks for itself. They say Anite’s issues are only personal and not in the interest of reviving UTL.

“Bemanya has been Administrator for UTL since 2017. If he had selfish interests and wanted to benefit from UTL, he would not be struggling to make it healthier and to get an investor for it,” one of the sources said. 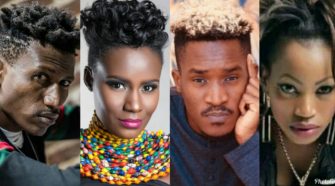