Leaders from the East African Community (EAC) countries have applauded the efforts towards regional integration which they said has facilitated major developments in infrastructure as well as social services.

The comments were made on Friday by regional leaders while they met in Arusha, Tanzania for the 20th Heads of State Summit of the EAC.

The leaders said the EAC has been instrumental in improving the economies of member countries.

Integration policies have resulted in many achievements including the construction of several inter-country link roads, they said.

Other achievements highlighted included the implementation of a credits transfer framework for East African Universities, the establishment of numerous One-Stop Border Posts as well as projects in water and health provision.

In his address to the Summit, President Museveni said that the EAC has made tremendous progress towards improving regional economies.

He said the EAC has to dedicate more efforts towards reducing the cost of electricity, increasing connectivity through road and rail networks, and tackling the high cost of project financing.

At the summit, Rwanda President Paul Kagame took over as the new chairperson of the EAC from President Yoweri Museveni of Uganda.

According to a joint communiqué issued after the discussions, the Summit received the report of the Council of Ministers covering the period 23rd February 2018 to 31st January 2019 and commended the Council for the progress made in implementation of the programs and projects of the community.

Regarding the status of resolution of long outstanding non-tariff barriers, partner states and the council of Ministers were directed to resolve them.

The Council also reported to the Summit that all partner states had nominated constitutional experts to work on the constitution of the political confederation. As such, the council was directed to cause the experts to provide a preliminary report within seven months.

On the admission of the Federal Republic of Somalia into the EAC, the summit heard from a progress report that the verification exercise had not been undertaken. The summit then directed the council to follow up on the matter. 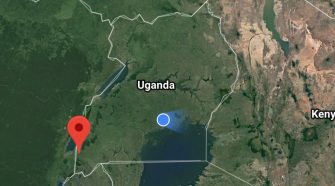