Shareholders of the defunct International Credit Bank (ICB) have accused Bank of Uganda of irregularly and illegally closing their commercial bank, calling for reinstatement of their operating license.

Appearing before the Parliament Committee on Commissions, Statutory Authorities and State Enterprises (COSASE) on Tuesday, the shareholders led by the former Managing Director, Patrick Katto appealed that justice prevails and to have the closure reversed.

The Central Bank closed ICB on September 18, 1998 due to what the regulator said was poor liquidity and insolvency at the time. The closure was in a bid to protect the depositors’ credit, according to BOU.

Katto admitted that indeed the bank had insolvency problems due to bad loans on which borrowers defaulted adding however that the depositors’ interests were never at risk.

“From December 1997 to May 1998, we experienced consistent liquidity problems as a result of smart money expenditures and this was brought to the attention of the Governor of BOU while requesting for bridge financing,” Katto said.

The former MD also acknowledged that the bank experienced poor liquidity due to loans that had been extended to the volatile agricultural sector mainly in Kasese and Bundibugyo for cotton production.

“As a result of the El-nino rains in 1997, this naturally caused the borrowers to default, resulting to non-performing loans. Most of this money was borrowed from the Development Finance Department of BOU and due to non-payment from our customers, BOU passed the loan to our account hmworsening the liquidity position further,” he told the legislators on the committee.

Katto however insisted that there was no run on the bank and there were several avenues through which the situation should have been rectified as provided for by the Financial Institutions Act.

“With all the efforts we put in place to address the liquidity problem as well as seeking financial help from BOU and the constant discussions, BOU still inappropriately went ahead and closed the bank on 22nd September, 1998 yet they had a number of options to take.”

He also questioned what he termed as the dubious handling of the bank’s loan portfolio which was lumped together with the loan portfolios of Greenland and Co-operative banks.

He raised suspicion about a Shs 2.7bn expended by the BOU for the liquidation of ICB, demanding for for a breakdown of the figure.

Whereas he noted that he had no figure in mind for compensation following the irregular closure and liquidation, he demanded that ICB’s operating license be reinstated since the major objective of opening the bank was to serve the public and contribute to national development. 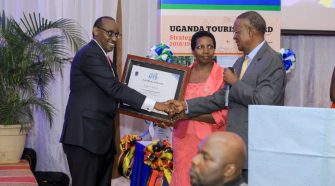