The Interparty Organisation for Dialogue (IPOD) Council has Wednesday revealed that all is set for the second summit that will bring together all the Presidents that lead political parties with representation in Parliament.

Addressing the media, the IPOD Executive Director, Frank Rusa said the second IPOD summit of leaders will take place in the Northern Uganda district of Lira on May 15.

Rusa said the summit is in furtherance of the objectives of the IPOD platform including promoting inter-party dialogue and cooperation as a mean of dealing with political differences and amicably managing conflict without resorting to undemocratic means.

He explained that the choice of the venue has been informed by the need to increase awareness across the country on the initiatives of IPOD.

“The IPOD summit of leaders will consider the recommendations of the IPOD Council of Secretaries General following the issues that were identified at the last summit of leaders held on December 12, 2019,” Rusa said.

He noted that the recommendations to be considered include; improvement of Public Order Management Act, proposals on a more inclusive electoral system and other electoral reforms, regulatory mechanisms of independent political actors in a multiparty political system as well as reforms to the current public funding modalities for political parties.

“The outcomes of the second summit shall culminate in a signing of a joint communiqué on the agreed on position in relation to the recommendations and the communiqué shall be made available to the public after the summit,” Rusa noted.

The IPOD Council Chairperson and DP’s Secretary General, Gerald Siranda revealed that the Council is optimistic that all party Presidents shall attend the summit since all of them have been invited.

“We have moved through the preparations together with all the member political parties and we optimistic that all Presidents shall turn up for the summit. UPC’ s Jimmy Akena, NRM’s Yoweri Museveni, JEEMA’s Asuman Basalirwa, FDC’s Patrick Amuriat and DP’s Norbert Mao have all been invited and are expected to attend the summit together with their Secretaries General,” Siranda said.

Siranda noted that the issues that hindered FDC’s President from attending the 2018 Summit have been extensively discussed and handled in the several meetings and engagements that have been held since then.

Siranda emphasized that the summit shall discuss and take a decision on how political parties can best coexist as the country runs a multiparty system of governance.

He said that it is among other suggested that a person that shall stand as an independent candidate must not have interacted in party activities for at least six months before nominations. 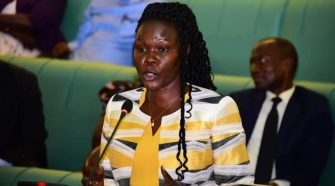 In Face of an IGG Probe, Minister Anite Admits to Travelling to Mauritius