The Interparty Organization for Dialogue (IPOD) Summit a meeting that brings together presidents of political parties with representation in Parliament has been postponed to next week on May 15.

The new developments were announced Monday by the IPOD Secretariat Spokesperson, Sheila Kangwagye in a message, without revealing the reasons behind the decision.

“Dear colleges please be informed that the date and venue for the 2nd IPOD Summit have been changed from May 15 to May 201th, 2019 and will take place at Protea Hotel in Entebbe,” Kangwagye said.

The Uganda People’s Congress (UPC) Secretary General, Fred Ebil told SoftPower News that the decision to have the summit postponed was taken after receiving information that President Yoweri Museveni would not be able to attend due to State duties on May 15.

“We have had a meeting today as IPOD Council members and we have taken a decision to postpone the summit to May 20 because we want all summit members to be able to attend in person,” Ebil told SoftPower News in a telephone interview.

Ebil said that they received information from the NRM Secretary General, Justine Lumumba on Saturday informing them that President Museveni won’t be able to attend the summit but was ready to attend the same on a later date.

On the change of venue from Lira to Entebbe, Ebil said this decision was taken after consultation from summit members.

“The council members had decided to have the summit rotation but this will still be approved by the summit. We have now decided that we shall first make other IPOD activities rotational and after the summit in Entebbe, the council shall hold activities in Lira, Fortportal and Mbale,” Ebil added.

He observed that the council had not yet received any reservations from other summit members apart from Museveni.

Earlier in the day, while addressing the party’s weekly press conference, the Forum for Democratic Change (FDC) Spokesperson, Ibrahim Semujju Nganda said FDC is not ready to attend the IPOD summit for the second time.

“We will not attend attend IPOD Summit because conditions that prevented us from attending the December 2018 Summit have not changed,” Semujju said.
Semujju noted.

“We are still under siege by various security agencies. Our legitimate rights to associate and assemble are still curtailed and the situation has even gotten worse. We cannot speak to lower FDC leaders on whose behalf we transact business. Who therefore shall we be representing at these summits?”

Semujju said the parties had previously agreed and processed both political and constitutional reforms as IPOD members before and the NRM said there was no time to process them.

“Five years later, these reforms are not being processed. Instead, the NRM and its Chairman have forcefully and illegally changed the Constitution to remove yet another safeguard against life presidency.”

He added that there is no favourable atmosphere in the country for a meaningful dialogue calling upon religious leaders and the elders who are organizing similar engagements not to engage in futility. 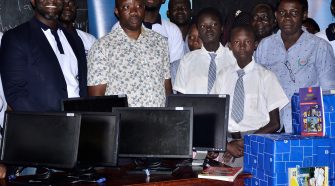