The Interparty Organization for Dialogue (IPOD), a forum that brings together all the political parties with representation in Parliament has called upon government and all security agencies to respect the Constitutional Court judgment that nullified Section 8 of the Public Order and Management Act (POMA).

Last week, Court nullified Section 8 of the Act which gives powers to Police to clear and disapprove public gathering.

In a statement issued by the Chairman, IPOD Council of Secretaries, General Nathan Nandala Mafabi, the organization welcomed the judgment of Constitutional court.

The FDC Secretary General said that IPOD’s position resonates with the findings of the court that the provisions of POMA 2013 do not pass the test set out under Article 43(2) of the 1995 Constitution which requires that any limitation of rights and freedoms must be acceptable and justifiable in a free and democratic society.

“As you may be aware, Political parties with representation in Parliament including the Democratic Party (DP), the Forum for Democratic Change (FDC), Justice Forum (JEEMA), National Resistance Movement (NRM) and the Uganda People’s Congress (UPC), under their umbrella organisation, IPOD, have been at the forefront of advocating for better public order management that is in line with the Constitution of Uganda since the first summit of December 2018,” Nandala said.

Nandala noted that it brings happiness to IPOD to note that the Constitutional court wholly rejected the notion that police have ’supernatural powers’ to determine that a particular public gathering or protest should not be allowed because it will result in a breach of peace.

He added that in line with the various calls made by IPOD, the Constitutional Court has also dismissed the requirement for permission or clearance from the police provided the protest or public gathering is peaceful.

Nandala said that this was in addition to the advice of IPOD to Police and other security agencies to deploy their personnel for supervision of public gatherings or protests and guard against the same being violent.

“As leaders of Political Parties under IPOD, we appreciate the important guidance given by the constitutional court on this matter which we believe will contribute immensely towards peaceful conduct of political activities, an important ingredient of any healthy democracy,” Nandala noted.

“We therefore call upon the Government, all Political Parties, the Police and other security agencies as well as all peace loving Ugandans to respect the judgement of the court and work together towards lawful, peaceful and orderly public engagements.”

Meanwhile, the Attorney General on behalf of government is set to appeal the recent ruling by the Constitutional Court nullifying Section 8 of the Public Order Management Act.

The Police Spokesperson, CP Fred Enanga revealed this on Monday.

“We would like to inform the public that the police as a law abiding institution, welcomed the ruling by the Constitutional Court of Uganda, that annulled section 8 of the Police Order Management Act, 2013,” Enanga said in a statement.

Enanga says a task team led by the Director Legal and Human Rights Services is working with the Attorney General, to appeal against the ruling. 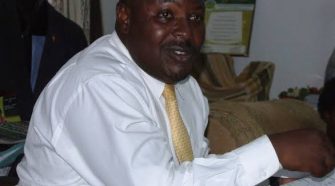