CNN is recommending Kidepo valley national park in North East of Uganda to travelers seeking to visit Africa for a memorable safari experience.

CNN’s travel edition in one of its latest articles writes that Kidepo could be the most beautiful park on the African continent.

According to CNN Travel, Kidepo Valley National Park boasts at least 86 mammal species and “might be the most beautiful park in all Africa”.

“With the sweeping plains of Kidepo and Narus Valleys overshadowed by the brooding mountainscape of Mount Morungole (the sacred peak of the mysterious Ik people,) this park has huge appeal just for scenery alone” read CNN’s review of Kidepo valley national park, in part.

The article also outlines other remarkable attractions that the travelers will behold, among them incredible animal sightings such as lions, buffaloes and elephants.

“The voracious Kidepo lions prey on roving herds of more than 4,000 buffalo (the total population in the park is said to be about 13,000) and you will often see herds of elephants moving majestically along the valleys,” CNN wrote.

Despite the 12-hour road trip that leads to the isolated park in Karamoja subregion, CNN assures safari enthusiasts that the experience once in Kidepo is worthwhile. The review goes ahead to describe Kidepo as “one of Africa’s genuine hidden gems”.

CNN also recommends other destinations in Uganda, among them Murchison Falls National Park as well as gorilla tracking in Bwindi.

Kidepo valley national park, situated along the border of Uganda with Southern Sudan covers 1,442 square kilometers and offers scenery unparalleled in any other national park within East Africa.

The park does not only offers spectacular savannah landscapes that end in rocky horizon, but while there, visitors will chance at animals like the hunting dog, bat-eared fox, cheetah, striped hyena, caracal and the aard wolf. 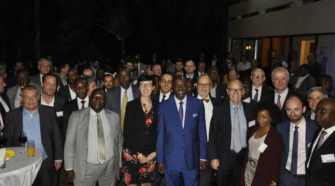