Janet Museveni: I Glory to God for Uganda’s Performance at the Olympics

The Minister of Education and Sports, Janet Museveni watching Olympics on Friday.

The Minister of Education and Sports, Janet Museveni has expressed pleasure towards Uganda’s performance at the ongoing Olympics in Tokyo.

On Friday afternoon, Joshua Cheptegei won the country’s second gold after clocking 12:58.15 in the Men’s 5,000m.

After the win, the Minister who is also the country’s First Lady, took to Twitter and posted three photos of hers while watching the games.

“It was edifying to watch team Uganda make history. I give God the Glory for Uganda’s performance at the Olympics so far and I commend our Olympic champions,” the Minister posted.

Cheptegei’s win today is his second medal in the Tokyo 2020 Olympics after the 10000m silver. He was however not able to break Kenenisa Bekele’s Olympic record of 12:57.82 this season.

This is Uganda’s second Gold medal in the Tokyo Olympics after middle-distance runner Peruth Chemutai won the country its first in the women’s 3000m Steeplechase race, posting a time of 9:01:45 which is a national record over that distance.

Joshua Cheptegei and Jacob Kiplimo had earlier won a silver and a bronze respectively in the men’s 10000m race. 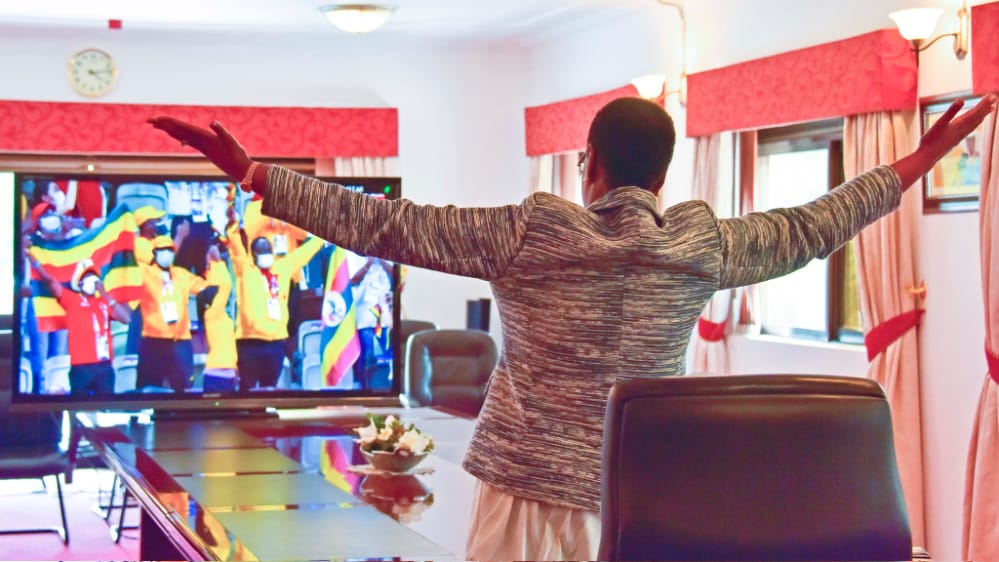