The opposition political party, Justice Forum (JEEMA) has called upon government to withdraw the new regulations that will be followed by all Political Parties and organizations in the country while organizing internal activities without contravening the measures that were put in place in the fight against the COVID-19 pandemic.

Appearing before the committee of Legal and Parliamentary Affairs, the JEEMA President, Asuman Basalirwa noted that the new regulations are illegal and unconstitutional which should be challenged in courts of law.

According to the new regulations that were tabled before Parliament last week, all political parties are advised to consider extension of the term of office of the current leaders in case the political parties find out that it cant hold the activities without contravening the public health act.

The same method would be used in determining party flag bearers on different political seats were party leaders can sit and choose the flag bearer.

Basalirwa told the committee that these regulations among others are contrary to their party constitution as well as the National constitution and will thus be challenged before courts of law once approved by Parliament.

It is our considered view that the Minister should consider withdrawing these regulations because they are potentially unconstitutional and dont serve the purpose of engendering a multiparty dispensation. Proceeding with these regulations will result in unnecessary legal challenges, Basalirwa said.

Basalirwa noted that because the regulations conflict with party constitutions, they are likely to make it extremely difficult for political parties to engage in internal party processes and this will require amendment of their party constitution to align it with regulations that were issued by the Minister.

He added that the process of amending party constitutions is also very detailed and require public meetings that the regulations seek to prohibit or circumvent.

Basalirwa reechoed that JEEMA is opposed to the proposed scientific elections and calls for postponement of the general elections in case normal elections can’t be held.

According to JEEMA, government is failing to either decide on containing the pandemic first or postpone the scientific elections which they believe will not be free and fair.

Basalirwa advised that in case the country is to have a scientific election, the Electoral Commission (EC) must move to cause several amendments in the electoral laws in the country.

We insist that either the country is freed to have a normal election that will have normal campaigns and engagement of people or the elections be postponed but not to be held under scientific manner, Basalirwa said.

The committee is continuing to receive several stakeholders as it considers both the new electoral road map that was issued by Electoral Commission and the new regulations that were issued by government to guide the internal operations of political parties. 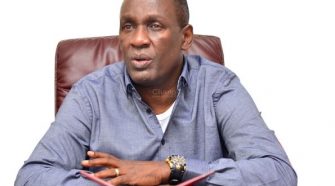