Akena has described the late Bossa as a comrade and acknowledged his service as a party leader.

Joseph Bossa passed away on Tuesday in The Hague, Netherlands, where he was undergoing treatment.

He is reported to have succumbed to colon cancer.

While addressing the media on Wednesday at the party headquarters at Uganda House in Kampala, Akena expressed grief that Bossa had passed on at such a critical moment in time.

“In the morning hours of the 1st October 2019, we received the sad news of the demise of comrade Joseph Bossa. It is heartening to know that Joseph Bossa was in The Hague – Netherlands with his wife, Justice Solome Balungi Bossa of the International Criminal Court (ICC), undergoing treatment when he died,” Akena said.

The UPC President said he came to know Joseph Bossa after the 2010 UPC Presidential elections which saw Olara Otunnu elected as Party President.

“Bossa went ahead to carry the party flag in the 2011 general elections in Makindye Division East Constituency. He was subsequently elevated to the position of Vice President of the Party in which position he served until the end of that term. We acknowledge and honour Joseph Bossa for the service rendered to the Party in those capacities,” Akena said.

The party Principal said UPC is willing to lead the burial programme of the deceased once invited as an institution by the family.

“We are willing and shall honor him for the roles he played and where we are invited, to do so, we shall do so but we shall not impose or demand, this is something we are doing internally,” Akena said.

It should be noted that in March, 2019, Akena through his disciplinary committee allegedly expelled Bossa from the party on grounds that he was showing out as a party president.

Before his demise, Bossa had filed a number of cases challenging Akena’s leadership on grounds that he illegally grabbed the leadership of the party from Olara Otunnu.

Court declared that the UPC electoral commission didn’t have the powers to declare Akena UPC President since the delegates’ conference which elected him wasn’t properly constituted.

The ruling was however challenged by Akena who filed an appeal that hasn’t been fully determined to date.

Commenting on the pending battles, Akena noted that he would not want to indulge into such a debate at such a moment of grief.

“In times of death and grief, let us honor people and not look for areas of disagreement, let’s leave out matters of court. We shall deal with other issues of court with those of us who are still alive,” Akena said. 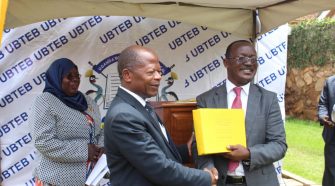