The scores between Jinja East MP aspirant, Nabeta and Jinja West MP, Balyeku were settled on Thursday evening during the NRM leaders’ meeting held at the Civil Service College in Jinja municipality, presided over by President Museveni.

The NRM party chairman was in Jinja to meet members of Jinja East Constituency Conference attended by over 1500 delegates drawn from different administrative units.

According to the party spokesperson, Rogers Mulindwa, during Thursday’s meeting, some party members had hinted on the existing conflict between the two MPs provoking the party Chairman to ask Balyeku to explain his position regarding Nabeta who is contesting in a Parliamentary by-election on March 15.

Balyeku then declared his support for his long time political foe, Nabeta calling him a brother.

“From now your Excellency, I pledge my commitment to Hon Nabeta and the people of Jinja East and I shall stand by my word”, an apologetic Balyeku is quoted by the NRM spokesperson to have stated.

He added, “Being in Parliament with Hon Nabeta is more profitable to the people of Jinja than having Mwiru…. Hon Igeme, we are now brothers in both action and words. We shall score in the same goal and from now, judge me by results”.

Balyeku also urged his supporters and constituents to join him in the campaigns to rally support for Nabeta come March.

” I also take this opportunity to apologize to the people of Jinja East Constituency….. Forgive me for all the wrong I have committed against you,” Balyeku added.

The two newly sworn friends; Nabeta and Balyeku later posed for a group photo with President Museveni. He congratulated them for burying their differences and accepting to work together.

Museveni described the two as party loyalists since both of them had voted in favour of the amendment to repeal the Presidential age limits from the constitution last year.

He used the occasion to warn party members against escalating conflicts amongst themselves but instead work towards unity.

Earlier on, Nabeta hailed the party leadership for the overwhelming support so far showed to him. He also apologised to whoever he had ever annoyed and promised better working relationship.

The meeting was also attended and addressed by several political leaders including the NRM Secretary General, Justine Kasule Lumumba and the regional Chairperson, Mike Mukula among others. 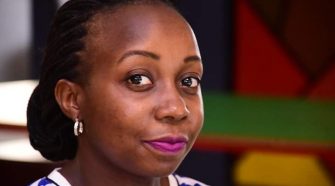