Jonathan Kakooza, who was raised in Kireka, Uganda and left in 2018 to pursue his studies in the United Kingdom, has impressed many at a well-respected college in London through his exceptional performance and ambition.

A top performer at David Game College, a reputable school housed in the prestigious 19th Century Sir John Cass’s Foundation red brick building in the City of London, Kakooza aims to join the University of Cambridge School of Clinical Medicine – ranked third best in the world.

“Jonathan is an extraordinarily hard working student,” says Rachel Sherman, the College’s Vice Principal. “I am sure his family and friends from Uganda would be proud of his achievements so far as he is a star student.”

Always smiling, the VP adds, his kind and caring nature is ideally suited to a career in health care.

When we track him down for an interview, Kakooza is reading the thick volume of a biology book inside the the College’s library, where we are told he spends most of his time when he is not attending classes. Kakooza believes that his Ugandan culture of “reading day and night” gives him a competitive edge in England.

His favourite subject is immunology, the study of immune systems. This is what he will be specializing in at University, he says clearly excited. His first choice – the University of Cambridge School of Clinical Medicine, has invited him for an interview, we later learn.

With Cambridge in sight, Kakooza feels ever closer to achieving his dreams. “It is like the first step into achieving my goal and my mum was also very happy about it, together with my teachers,” says Kakooza.

Cambridge is not a random choice – apart from being ranked among the best in the world – it is the alma mater of César Milstein, whose Nobel Prize winning invention (together with Georges J.F. Kohler) of hybridoma technology is among Kakooza’s most admired piece of medical research so far.

Apart from historic figures in medical research, Kakooza says his teacher, Dr. Peter Stanley, introduced him to so much and made lessons entertaining. “I am inspired by his depth in knowledge about science, and by how he explains scientific facts in all manner of beauty,” says Kakooza, “My teachers make me enjoy school. A lesson in class with Dr. Stanley is a thousand times more fun than a Champions League final!”

Kakooza also says the College has provided him with all the other resources he needed to excel academically.

“The library is filled with a variety of scientific books that are in line with my vision, thereby making it a heaven to be in,” Kakooza says, “The help I received from the College about applying to university has been key in making the process successful.”

Indeed, Kakooza’s mother brought him to David Game College because it specializes in raising people’s grades from the baseline at which they come into the College to graduating as strong applicants for UK universities. 70% of its A Level graduates go onto study at prestigious “Russell Group Universities” in the UK.

The year Kakooza left Uganda, he was supposed to join Makerere University Medical School – as he was one of only about 100 students who had been selected out of over 7000 thousand applicants for Medicine. Many of his peers who had failed to make it to Makerere Medical School could not believe he had chosen to abandon the course to travel to the UK.

But coming to the UK for Kakooza meant being able to finally study at a world class university and reunite with his mother, who had left him and his five siblings in the care of their grandmother to come to the UK in pursuit of work that would enable her take care of them following the death of their father.

On arriving in the UK, it became apparent that he would have to repeat his A Level at a quality British College if his application was to be competitive enough to join a reputable medical school. This was a small price to pay, Kakooza says.

“I am also driven by the hard work I see my mum put in everyday to raise my tuition fees,” says Kakooza.

The efforts are already paying off.

“I am very proud of Jonathan, because since he joined David Game College, he is doing very well scoring A in Chemistry, A in Biology, A in Mathematics,” says Kakooza’s mother, “He now has high chances of joining a good university to study medicine and achieve his dream to become a Doctor and save people’s lives.”

When asked how it has been to move from Uganda to England, Kakooza says the experience has given him even more respect for his mother. “Coming to countries like England is not as straightforward as many people think,” he says. “Coming here now, I have learned that actually living here is not just a walk over. I’ve seen how my mother and other people are struggling with bills.”

He also commented on the British culture, saying “when I first came here, I was always trying to befriend strangers. People here are quite different in behaviour to people in my country [Uganda]. Everyone just minds their own business.”

Kakooza says he wants to excel in medical research because it is the surest way to eradicate disease, which he believes is the main cause of under development across the world. In future, he also hopes to promote and fund medical research in Uganda and Africa as a whole. 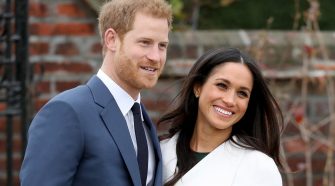