Each judge is given four sessions per year and each session has about 40 criminal cases or more. Justice Anthony Ojok Ayu’s session ends on Friday and this does not allow sufficient time to hear the case, or fix another date for hearing.

His decision follows unsuccessful negotiations between parties involved in the case during plea bargaining.

Defense lawyer, Nsubuga Mubiru said that the Judge only has five days left to the end of the session yet he has other court cases to handle.

“The Judge noted that we had intended to carry out a plea bargaining exercise which we have reported to court that we have so far failed and are ready to proceed with trial,” Mubiru said.

“Now, on his part, he [Judge] says he only has five days left and he has some other cases to attend to at the same time. So, if we are to start this trial today, he will not be able to complete it. So for that reason, he is sending back the file to be assigned to another Judge as soon as possible,” Brian’s lawyer told the press after court.

Brian Bagyenda, 29, is accused of killing his girlfriend, Enid Twijukye.

The accused confessed to the murder on December 14, last year and asked for a plea bargain in the High Court, seeking a lenient sentence, which prompted Justice Anthony Ojok Ayu to adjourn the case to December 17 for both parties to inform court on the outcome of their discussions on the gravity of the sentence.

Bagyenda is accused alongside Innocent Bainomugisha and Vincent Rwahwire who both have since changed their mind on plea bargaining and await trial.

The prosecution states that the deceased left home on January 3, 2017, but did not return. Her sister Evas later got concerned and contacted different family members to establish her whereabouts but to no avail. 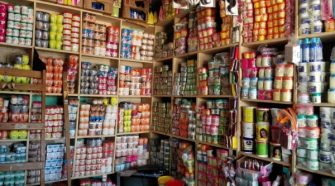