American based Ugandan socialite, Judith Heard is starting a charity organization which she says will be a safe space for victims of rape and sexual harassment.

Heard has opened a charity named Day One, in an endeavour to give solace to the traumatized victims.

“Today, I stand with you. Today I present to you a new beginning, a place to hold that conversation. Am your day one,” she wrote on her Facebook page on Friday.

The New York based model and mother of three has previously been known for her high-end social life especially for those who follow her on her different social media platforms.

But it now appears she is tilting her focus, to give back to the vulnerable in society. Her organization will rehabilitate those in need of help but also raise awareness about the sexual vices which are quite prominent in Uganda.

Judith Heard herself has had a troubling personal experience having been defiled by her uncle at age 15 while she was still in Rwanda. Two year’s later, she was again raped by two men at gun point while in DRC where someone had promised her a better life, she told BBC recently. She would quickly return to Kigali and later relocate to Kampala where someone had helped trace her family.

“I was defiled by my uncle at the age of 15, on the night before my final school exams and later on, at 17 raped by two army officers at gun point,” she wrote in her post.

She opened up on how the incident tormented her growing up, and almost ran her ambitions down the drain.

“As a young girl growing with big ambitions and bigger dreams, I was tormented by nightmares of what had happened to me in my earlier years”.

Fortunately for her, there was a loving and caring grandmother at her disposal, with whom she shared the daunting secret.

Little by little i became self-aware of the things that i would do if only I was more confident and if I recognized my worth, she said.

In her case, she says, all she needed to recover from the tormenting experience was a safe space where she felt comfortable to share her story.

“If we have more people willing to listen and believe, that would make life much easier for everyone”.

“We (my team) have come up with an organization @dayonegl that seeks to end rape and sexual assault, aiming to create awareness and provide rehabilitation to survivors”.

She says she seeks to be the change for everyone challenged and subjected by any form of sexual assault.

While Police reported a drop in sexual related crimes like rape and defilement in its latest annual crime report, the incidence of these crimes is still worrying given that these acts are often shrouded in secrecy due to stigma.

Girls are the most affected by rape, defilement and other forms of sexual harassment and in most cases, it has forced them to drop out of school some times as a result of early pregnancy or stigma. This deprivation of education makes their future bleak. 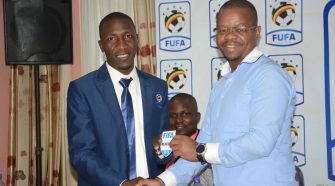